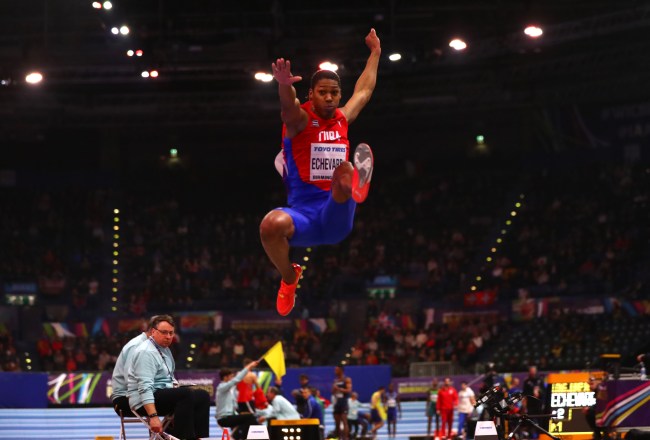 Juan Miguel Echevarria nearly jumped out of the sandbox at the Diamond League meet in Stockholm on Saturday, producing the furthest jump in any conditions since 1995.

The 19-year-old Cuban jumped 8.83 meter (29 feet, 11.5 inches), which would have been the fifth-best of all time, but Echevarria jumped with 2.1 meters/second of wind at his back and the maximum allowed for record purposes is 2.0 meter/second.

The jump is the furthest since Cuban Olympic Gold medalist Ivan Pedroso produced a controversial 8.96 meter jump in 1995. It would have beaten Mike Powell‘s world record from 1991 of 8.95 by one centimeter, but the wind mark was declared invalid because a person stood in front of the anemometer, thus intercepting the correct wind measurement.

But most importantly, the Cuban teenager’s incredible jump prompted some incredible Twitter reactions…