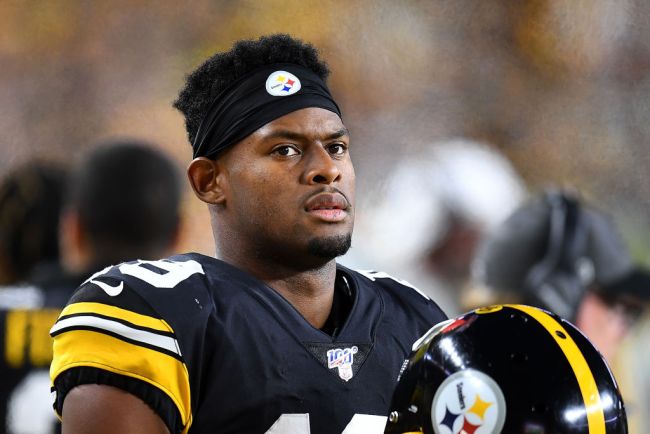 JuJu Smith-Schuster did not hold back in giving his opinion about the Browns leading into Pittsburgh’s AFC Wild Card matchup against Cleveland on Sunday night. The wide receiver made it clear that he and the Steelers weren’t worried about the Browns, but he maybe should’ve done a little less talking as Cleveland upset Pittsburgh 48-37.

Just a few days prior to the game, Smith-Schuster spoke with the media and said “the Browns is the Browns” and for him, they’re just “nameless, gray faces.”

Smith-Schuster’s comments of course came up during his postgame media session after the Browns knocked the Steelers out of the playoffs. He explained that he didn’t regret what he said about Cleveland.

JuJu on 'The Browns is the Browns' quote: "I don't regret saying what I said. They came out … today wasn't our night. Hopefully the same browns show up against the next opponent and do what they did tonight and have a great game."

While Smith-Schuster can say he doesn’t regret what he said, I think if he could go back and not run his mouth, he’d probably choose to. Having said that, you have to respect the wideout for owning up to what he said and taking it on the chin. Him going as far as to wish the Browns luck in their matchup with the Chiefs this weekend was a nice move as well.

Smith-Schuster certainly wasn’t the reason Pittsburgh lost on Sunday as he hauled in 13 catches for 157 yards and a touchdown. His quarterback was the reason the Steelers lost as Ben Roethlisberger threw four interceptions on the night.

The Browns did make it a point following the game to mock Smith-Schuster. Some players hopped on Instagram Live and trolled his ‘Corvette Corvette’ TikTok dance that was a pregame ritual of his throughout the season. Baker Mayfield got in his own shot as well after the game.