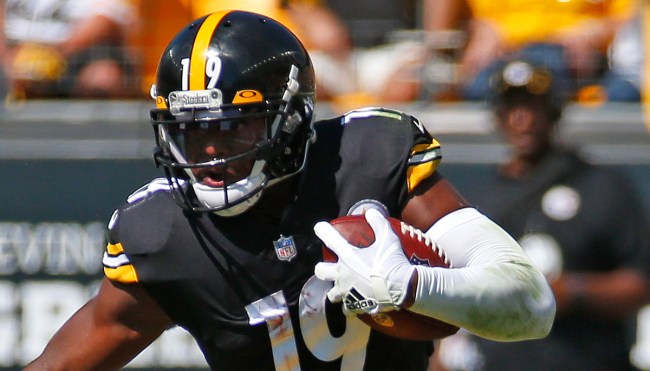 The Pittsburgh Steelers narrowly slipped into the NFL Playoffs, surviving an overtime scare versus Baltimore in the final week of the regular season to land the No. 7 seed in the field. The Steelers also had lady luck on their side, with Oakland kicking a game-winning field goal to prevent a tie against the Chargers. Had that contest ended in a draw, Pittsburgh would’ve been on the outside looking in this postseason.

While Mike Tomlin’s bunch did fall into that final playoff position, it’s safe to say that no one is going to be scared to face the Steelers in January. Even quarterback Ben Roethlisberger said his team is probably the 14th-best team in the postseason this year.

Pittsburgh has struggled offensively, typically grinding out low-scoring, defensive slugfests. They’ll need to find a way to score points on Sunday night, though, when they travel to Kansas City to take on the Chiefs. That same Chiefs team blew out Pittsburgh three weeks ago, 36-10.

Luckily for Big Ben and Co., there is help on the way.

God answered my prayers & I’ve recovered from my season-ending shoulder injury earlier than expected. I can’t believe I get another chance to take the field with this team and play in a playoff game to keep our season alive. Steelers Nation, #HereWeGo! pic.twitter.com/SdAKl3SrYx

Juju Smith-Schuster is expected to suit up for the Steelers on Sunday. The Pro Bowl wide receiver has been sidelined with what was believed to be a season-ending shoulder injury. After making a quick (comparatively speaking) recovery, the pass catcher will be back to help Pittsburgh extend their playoff run.

Smith-Schuster appeared in five games this year, hauling in 15 receptions for 129 yards. This, a season after tallying a 97-catch campaign in 2020.

It will be interesting to see how much the wideout is able to contribute. He could very likely be on a pitch count as he eases back into the lineup. Still, at the very least, he gives Ben Roethlisberger another option in the passing game. The Chiefs’ defense will now need to account for Smith-Schuster, Diontae Johnson, and Chase Claypool.

The Steelers will need each and every one of those playmakers if they hope to pull off an opening round upset in Kansas City.