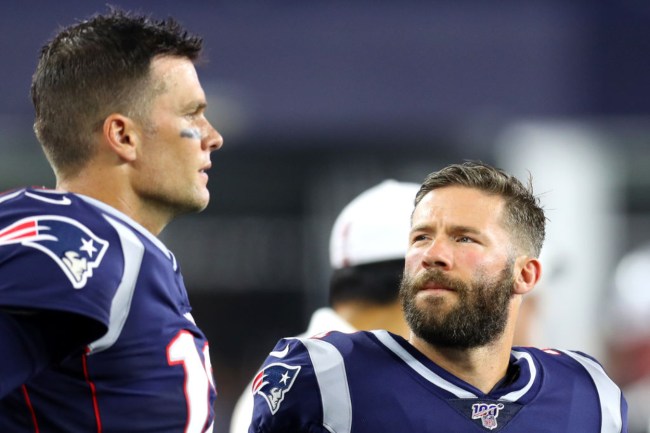 The new fun guessing game involving Tom Brady nowadays isn’t ‘when will he retire?’ instead it’s ‘when will he come out of retirement?’

Edelman recently joined Tom Curran on the ‘Patriots Talk’ podcast and shared his thoughts about Brady hanging up the cleats and whether or not we’ll ever see him grab those cleats off the shelf again.

“My answer for, ‘Were you surprised [that] he retired?’ was, ‘No, I’m not.’ And that’s the same answer if he comes back,” Edelman said. “You wouldn’t be surprised. I don’t know how he’s going to feel in six months when he’s sitting there.”

Edelman knows Brady better than the vast majority of people walking the planet right now given the fact he played alongside Brady for a decade. He also knows what it’s like to call it quits in the NFL after football quite literally was your entire life for so long.

For Edelman, it could be that routine of being an NFL player that Brady will now be missing that could possibly bring him out of retirement at some point.

“The first offseason when you retire, it’s different,” Edelman said, according to the New York Post. “You have a routine, you have a body clock that you’re so used to. I did it for 12 (years), he did it for 22.

“So like, it’ll hit him in some form or another. But it wouldn’t surprise me… I mean, it’d make for a hell of a documentary that I’m sure he would make.”

Earlier this week, Brady himself teased about a possible return when saying “never say never” when asked about possibly un-retiring.

It will certainly be an adjustment for everyone – Brady himself, NFL fans, media members, etc. – not having TB12 playing football next season.