How Working At A Wendy’s Drive-Thru In The Offseason Helped Former NBA Player Turn His $350,000 Salary Into $600 Million Fortune 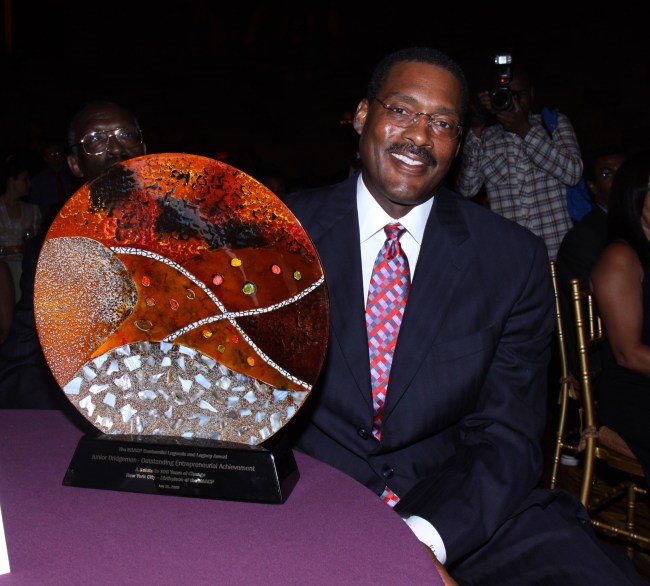 DEPRESSING STAT ALERT! Sixty percent of NBA go broke within five years of leaving the league, and 78% of NFL players experience financial distress just two years after their playing days are over.

The public eats up stories of John Daly blowing $1.65 million in a single casino session, or Allen Iverson squandering $200 million, or Antoine Walker and his “car fetish” filing for Chapter 7 bankruptcy just two years after ending a 12-year, $108 million NBA career. There’s a reason car crashes cause traffic on both sides of the street, because people are addicted to the chaos.

But for every dollar lost in an athlete’s post-retirement financial apocalypse, Junior Bridgeman make’s two more.

Bridgeman carved out a nice little NBA career for himself in the 70s and 80s, tallying over 11,500 points and almost 3,000 rebounds in his 12-year career. But, his success on the hardwood pales in comparison to what he’s achieved in the business world.

Sports and business writer Joe Pompliano detailed the 66-year-old’s story in a Twitter thread on Thursday and it’s tough not to feel inspired.

1) Ulysses Lee “Junior” Bridgeman, born and raised in Chicago, was selected in the 1st round of the 1975 NBA Draft by the LA Lakers.

His time in LA didn't last long though, Bridgeman was immediately traded to Milwaukee as part of a package to bring Kareem Abdul Jabbar to LA. pic.twitter.com/ACIeL6P1oz

2) Bridgeman wasn’t a superstar, but with a career total of over 11,500 points and almost 3,000 rebounds, he certainly wasn’t a slouch either.

Playing 10 years with the Milwaukee Bucks and 2 years for the Los Angeles Clippers, Bridgeman excelled as a sixth man.

3) From a financial perspective, NBA paychecks weren’t what they are today.

The majority of athletes made more money off endorsements than they did through their contract.

4) To prepare for life after basketball, Bridgeman spent his offseason working the drive-through at a local Wendy’s to learn more about the fast food business.

5) After seeing success, Bridgeman doubled down investing in over 160 locations over the next 20+ years.

He also invested in Chili’s, owning more than 120 at one point.

Bridgeman built a portfolio of 360 restaurants in 16 states but set his sights on a bigger opportunity.

6) In 2016, as part of a bottling and distribution deal with The Coca Cola Company, Bridgeman agreed to sell off his Wendy’s and Chili’s franchise locations.

7) The Coca Cola deal was a dream for Bridgeman, who had been fascinated with the brand since his playing days and later went on to purchase additional bottling rights within Canada.

All in, Bridgeman has built up an estimated net worth of $600M+ – Not bad for a role player.

8) Were often fed astonishing facts about an athlete's mismanagement of money.

With Junior Bridgeman, it's refreshing to see a player recognize the opportunity in front of them and put in the hard work and self-education necessary to transition from NBA player to business titan.

I’m trying to imagine J.R. Smith working at a Wendy’s drive-thru in the offseason to prepare himself for a life of business post-retirement, and I think my ears are smoking and my brain is short-circuiting.

Professional sports leagues should be leveraging stories like Junior Bridgeman’s to inspire players not to invest in car washes.