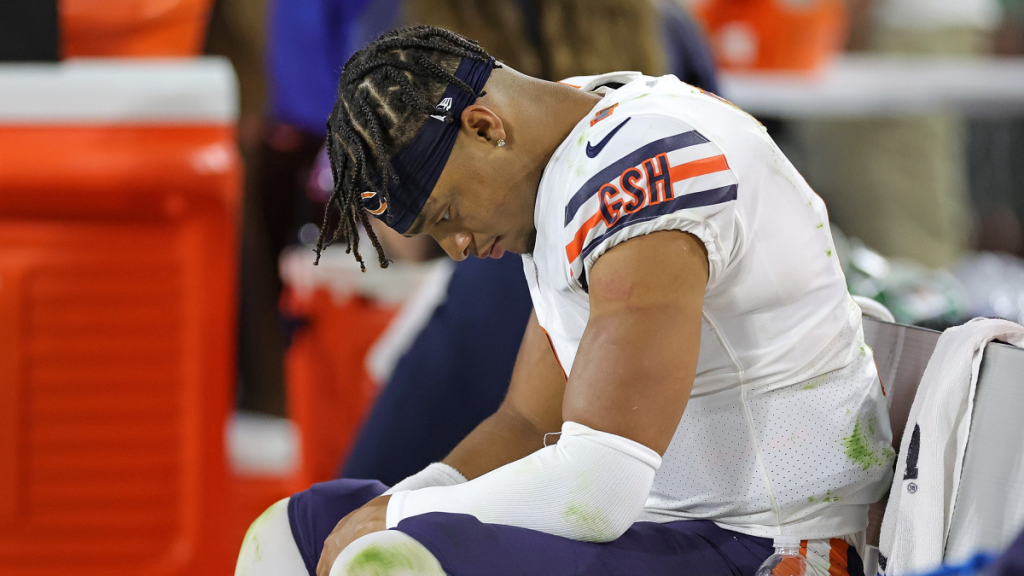 The Chicago Bears got off to a hot start by beating the ‘Super Bowl contender’ San Francisco 49ers 10-19 at home in Week 1. Bears QB Justin Fields only threw for 121 yards in that game but that was good for 2 touchdowns and 1 interception. He also scrambled for another 28 yards on the ground.

Then came Week 2 and the Chicago Bears got blown out by the Green Bay Packers at Lambeau Field. This time, Justin Fields only threw for 70 yards, 0 touchdowns, and 1 interception. To put that in perspective, Justin Fields ranks 31st in the NFL in completions with just 15 on the season, tied with the injured Trey Lance and 1 completion ahead of Dak Prescott who went out in Week 1.

In the locker room after the game, Fields was asked about the loss and gave an answer that infuriated Chicago Bears fans. He said:

Bears fans were pissed and Justin Fields heard their anger.

In a media appearance on Wednesday, Justin Fields issued a weak and very transparent apology to Chicago Bears fans:

.@justnfields: "I respect every fan that we have. I'm glad that we have fans. I would never disrespect anybody on what they do or what they love to do." pic.twitter.com/hpzFVoo6yT

Here’s what Fields had to say…

Justin Fields: “I was mad after the game and I would like to address this now to get everything cleared up. There was a thing that I said on Sunday after the game where I said that ‘fans don’t put in work’.

But what I meant by that was, I’m talking about ‘work’ regarding the game on Sunday, winning the (actual) game. I don’t know any fans, I don’t know what they’re doing in their personal lives. And I respect every fan that we have and I’m glad that we have fans.

I would never disrespect anybody on what they do or what they love to do. And it came off like that and of course some social media outlets they quoted my quote and they got a big buzz out of that. Of course, they did a great job doing that. Of course, social media is going to do that. But I just wanted to clear that up right now.”

Justin Fields, the starting quarterback for the Chicago Bears and the team’s 2021 First Round NFL Draft pick, says he ‘doesn’t know any fans’. He also went on to say that he’s ‘glad that we have fans’.

Well, that’s settled then, right? Nothing to see here, Bears fans. Justin Fields is ‘glad’ you exist but doesn’t know a single one of you. Nothing else to discuss!