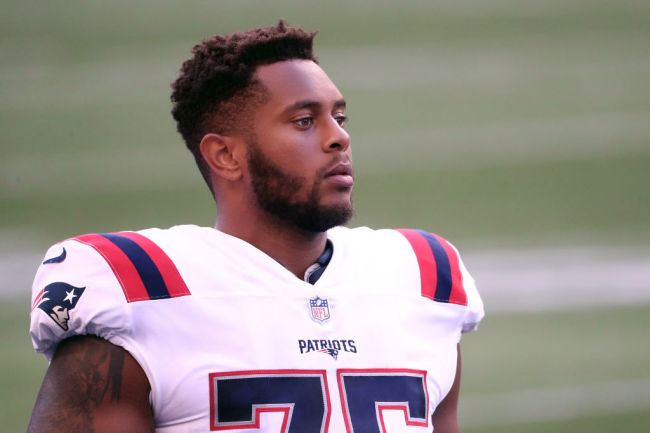 25-year-old New England Patriots offensive lineman Justin Herro is being hailed as a “hero” by police after intervening to stop an alleged sexual assault of a 71-year-old woman.

According to reports, Herron was walking near Kiwanis Park in Tempe, Arizona, around 11 a.m. on Saturday, March 20, when he heard the screams of the victim, a retired schoolteacher.

“I just knew that in that moment I had to go and had to put a stop to it,” Herron said.

Herron — who stands at 6’5″ and 305 pounds — said he approached the assailant and yelled at him to stop before physically removing him off the victim. At this point, Herron and another good samaritan, Murry Rogers, restrained the assailant, 30-year-old Kevin Caballero.

“Then I told him to sit down,” said Herron. “And, he just sat down and waited.”

For their heroism, both Herron and Rogers were awarded Outstanding Service Awards by the Tempe Police Department for their quick-thinking actions. Rogers also said the alleged victim called the two men “her angels.”

“If not for the swift actions of Mr. Justin Herron and Mr. Murry Rogers, this vicious attack could’ve been much worse,” Tempe Police Detective Natalie Barela said.

Herron, a former sixth-round pick out of Wake Forest University who just completed his rookie season in the National Football League, appeared in 12 games for the 7-9 New England Patriots last season, starting in six of them.

As for the assailant, Caballero was taken into Tempe Police custody and the investigation into the attack is currently ongoing.