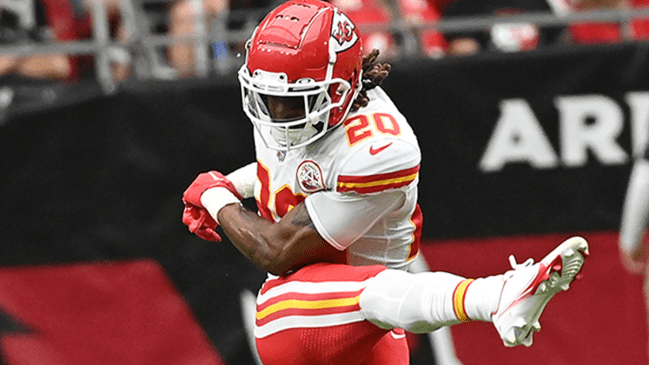 Most NFL fans (and, if I had to guess, the vast majority of players) view the preseason as a necessary evil that teams rely on to work out various kinks and firm up their rosters prior to the start of the year at the potential risk of losing key players to an injury suffered in an otherwise meaningless game.

With that said, it also gives squads the chance to have a little bit of fun. That includes the Chiefs, who opted to let safety Justin Reid trot out on the field to successfully convert an extra point during a preseason matchup against the Bears shortly after he was filmed drilling a 65-yard field goal during training camp.

It’s worth noting Reid didn’t suddenly wake up one day earlier this year and decided he wanted to give kicking a try. The Louisiana native was the go-to man for field goals and kickoffs on his high school team and served as the emergency kicker during his time at Stanford.

While his services were never required in college, he found himself in a very unique position when Kansas City kicker Harrison Butker found himself out of commission after tweaking his ankle on a kickoff in the first quarter of Sunday’s matchup with the Cardinals.

All eyes were on Reid when he trotted out onto the field to attempt an extra point after Patrick Mahomes threw his second touchdown of the day, and he had no trouble converting the first regular season attempt of his NFL career to give the Chiefs a 14-0 lead.

He followed that up with a touchback on the ensuing kickoff, and while he didn’t get another chance to split the uprights after missing his second XP attempt, he more than managed to hold his own while booting the ball off of the tee for the remainder of the contest.

Filling in for the injured kicker, Justin Reid follows up his extra point with a BOOMING kickoff 🔥 @justinqreid

You have to imagine Reid was a bit nervous after learning he’d been tapped to replace Butker, but based on a behind-the-scenes video the Chiefs shared, he handled that development about as well as anyone in his position could.

The clip in question shows Reid barely batting an eye after learning about Butker’s injury, and based on the footage, it seems like his biggest worry was making sure he and Tommy Townsend (the team’s punter and holder) had a celebratory handshake ready to go.

Need me to do kickoff too? Bet. pic.twitter.com/wUUl4B9pCF

Kansas City has signed Matt Ammedola to the practice squad prior to Thursday night’s game against the Chargers, so it’s unlikely we’ll see Reid forced to step up in the clutch again in the immediate future.

With that said, you could certainly do much, much worse.