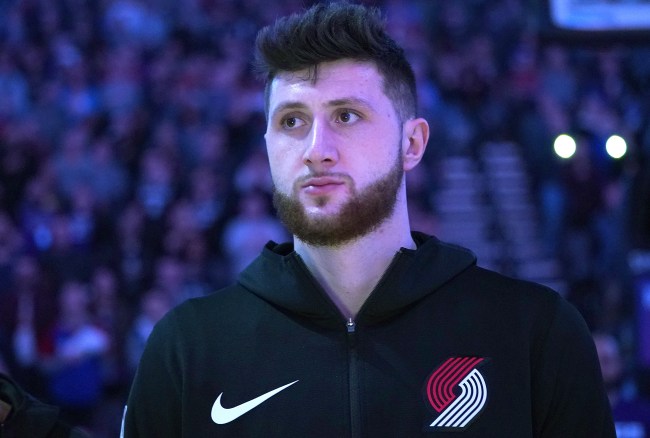 Today in ‘Rivalries No One Asked For But We’re All Here For:’ Last night, we may have witnessed the birth of the Blazers/OKC Thunder rivalry.

The Thunder beat the Blazers in Portland, 123-114, to win their third straight and hold off their slim third place margin in the Western Conference over the Blazers.

As is every game Russell Westbrook plays, tensions flared and emotions ran high. Westbrook jawed with Jusuf Nurkic and Damian Lillard multiple times during the game, peaking in a juicy soundbite where Westbrook tells Lillard: “I’ve been busting that ass for years!”

Dame finished with 34 points and 8 assists in the losing effort. Westbrook finished with a triple-double: 29 points, 14 assists, 10 rebounds.

Westbrook, who has a permanent chip on his shoulder, was asked about getting through Jusuf Nurkic’s screens and said under his breath: “I ain’t talking about this clown.”

When asked about fighting over Jusuf Nurkic screens, it appears Westbook responded with, "I ain't talking about this clown," under his breath @KJRH2HD #Thunder pic.twitter.com/U4FI95jR9X

The Blazers’ Boznian big man caught wind of Westbrook’s derogatory comments and shot back with a Michael Scott pun.

Winning is always a trump card, but Jusuf isn’t wrong. Russell Westbrook is currently shooting his worst 3-point and effective field-goal percentages in over eight years and a career-low 64.2 percent from the free throw line. His worst effective field goal rate (44.9 percent) is the worst of all NBA players with 14 or more attempts per game.

Tough loss, Jusuf. But congrats on the burn.