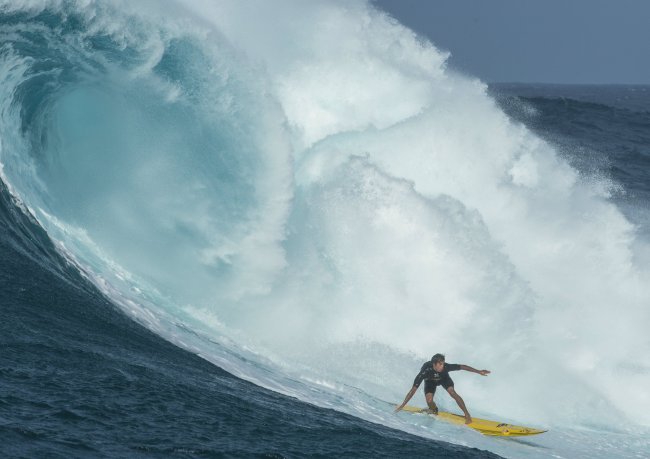 It’s not often you get to see two of the best surfers in the world riding back-to-back waves even in competition but a comp is usually the only place you’d see this happen. But with the conditions right and the world’s best swarming to Jaws in Pe’ahi we got to see Kai Lenny charge an absolute monster a wave followed immediately by Billy Kemper riding a giant.

I was lucky enough to hop on the phone recently with Kai Lenny and discuss his Life of Kai series with Redbull TV and talk about how he trains to ride waves like this so definitely check out my interview with him after you watch this footage:

GOOD LORD look at this wave. The unfathomable strength of that water is something my mind simply cannot even begin to comprehend.

Here’s Kai warming up on a new board:

As I mentioned above, I was able to hop on the phone with Kai Lenny recently and discuss what life’s been like for him over the past year, how he trains to ride waves like this, and his new series Life of Kai with Redbull TV. You can read my interview in full right here!

And YES, I know that featured image of Kai surfing Jaws at the top of this article was from 2013 and not this session but I needed a usable image and it’s at least the right surfer riding the correct break, right?