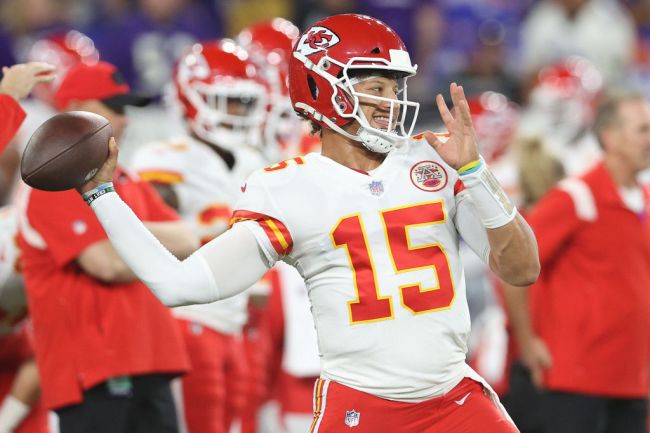 On Sunday, Patrick Mahomes’ brother Jackson was filmed throwing water on a Ravens fan who was heckling him after the Chiefs’ loss at M&T Bank stadium.

Since then fans on social media have been trolling Jackson nonstop over the altercation.

I’m shocked another member of the Mahomes family is a spoiled punk brat. https://t.co/QQGEzzGeEW

Really you think your so cool for doing that your ego off the roof https://t.co/lAZgC0lEXP

And you should be banned from probably every stadium in the NFL but cry louder kid https://t.co/AiK2malnlZ

Things have gotten so bad that Kansas City’s mayor had to step in to defend Jackson.

Jackson Mahomes reacted to receiving support from the mayor of KC.