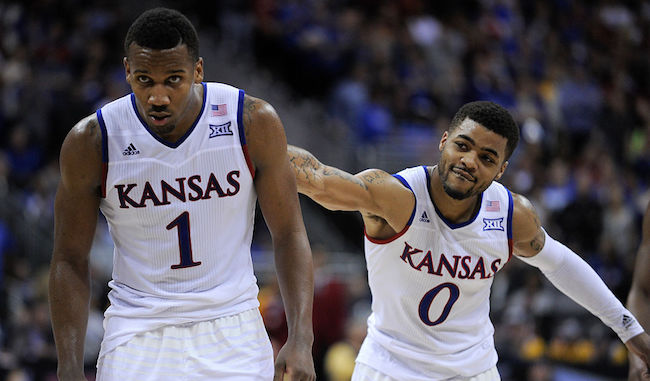 If you’ve ever gone to shoot around at a YMCA, there’s a very good chance you’ve been approached by a random guy intent on telling you what you’re doing wrong when it comes to shooting a basketball. In my experience, this person is someone with an AARP card wearing a matching jersey and shorts and at least one knee brace complimented by tube socks and a pair of beat-up white New Balances.

Guys like this are mostly harmless and easy to ignore, but the same can’t be said for a Kansas Jayhawks fan who headed to a dorm on campus intent on giving members of the team unsolicited free-throw shooting advice. The Lawrence Journal-World reports police were dispatched to McCarthy Hall after a man attempted to access the building multiple times over the course of Wednesday to teach a player (or players) a lesson nobody asked for.

The most popular theory is that the unidentified man was trying to track down sophomore center Udoka Azubuike, who has a .375 free throw percentage on the season and only shot 1-for-8 from the line during the Jayhawks’ game against the Oklahoma Sooners on Tuesday— which included missing six free throws in the final minutes of a game that was ultimately decided by four points.

It’s worth noting the over/under for the game was set at 170.5, which means Azubuike could have made a number of people a lot happier if he had managed to make 75% of his free throws.