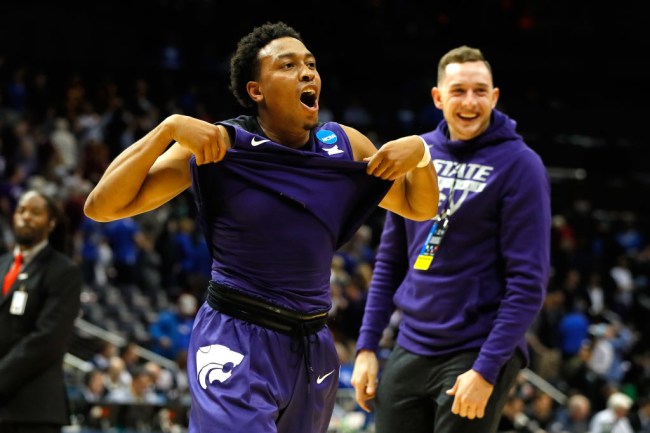 Last night, ninth seeded Kansas State beat fifth seeded Kentucky 61–58 to move on to the Elite Eight. The win was Kansas State’s first win over Kentucky in the school’s history.

After the huge upset, many Kansas State players felt they got disrespected after Kentucky decided to walk off the court without shaking hands.

“They didn’t shake our hands,” Kansas State junior guard Amaad Wainright said after his team’s 61-58 Sweet 16 victory. “It’s sorry. … They know what they did.”

“That’s not the sportsmanship you like to see, but that’s them,” Stockard said. “They just walked off the court. I don’t know what it was. I don’t know.”

Kentucky coach John Calipari said that there was no disrespect intended and that he decided to take his team off the court once he saw that K-State players were busy celebrating their win.

“They were turned and celebrating, so I walked off,” Calipari said. “There was no disrespect for anything. It’s just that they were celebrating, and I was happy for them…My team’s not like that. There’s no disrespect in any way. They beat us. They deserved to win the game.”

Coach Cal should probably have known better than to have walked off the court considering Kentucky has had a bit of history about acting salty after upset losses.