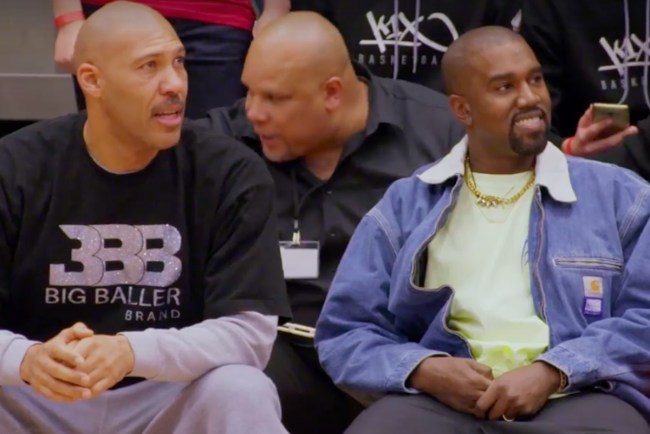 It’s hard to believe it’s been almost two years since the ultimate Basketball Dad who is LaVar Ball set out on a quest to draw as much attention to himself as possible and I don’t think he even would have imagined his mission would be as successful as it has been.

Ball burst onto the scene in the spring of 2017 and served as the defacto hypeman of his son Lonzo, who was coming off one hell of a freshman season at UCLA.

In the following months, Ball would fire shots at Michael Jordan and find himself embroiled in a feud with LeBron James as he channeled his inner Silicon Valley and did everything he could to disrupt the basketball world— like creating a signature shoe for an undrafted player and charging almost $500 for a pair.

Big Baller's loose! If you can't afford the ZO2'S, you're NOT a BIG BALLER! 💰

I could write another 5,000 words documenting this seemingly endless saga, but if you’re looking to get caught up, there’s no better way to do so than watching the reality series that’s been documenting it for the past year-and-a-half.

Ball in the Family has been following the trials and tribulations of LaVar and the rest of the clan for a while now and netted him millions of dollars in the process.

The show is currently in its fourth season, and on the latest episode, LaVar made the trek to Belgium with the JBA national team (a thing that apparently exists) for an exhibition game and discovered an old friend was in town: Kanye West.

A few months ago, the world’s biggest egos collided (and the internet exploded) when Ball and West took a picture together.

It appears the two have been keeping in touch and the refs were forced to put the game on hold when Ye showed up in the building to surprise LaVar before they sat down for dinner together (their chat starts around the 18:30 mark).

While most people have been very skeptical about the future of the JBA, West seems to buy into Ball’s vision and I wouldn’t be shocked to see a Big Baller Brand x Yeezy collab at some point in the future.

I can’t even imagine how much those will cost.