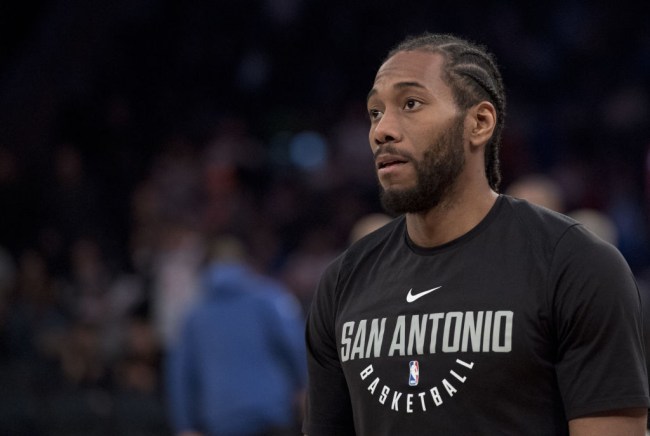 Last night, Kawhi Leonard was finally moved by the San Antonio Spurs after he requested a trade over a month ago. Unfortunately, Kawhi got traded to the Toronto Raptors and not his preferred destination in Los Angeles. Kawhi and his team have made it known that he doesn’t want to play in Toronto and according to the Sporting News Leonard might sit out next season.

And, league sources told Sporting News, Leonard has no interest in playing for the Raptors. There have been indications that he would sit out the entire season if necessary, and though that step would be drastic and unprecedented in today’s game, Toronto has forced the situation into uncharted territory by acquiring a player who has made it clear he does not want to be there.

Kawhi’s situation with Toronto is unprecedented but the league could be forced to step in if Leonard chooses to voluntarily sit out while still under contract. According to the CBA, Leonard could be forced to relinquish his rights to a big contract next Summer is he does indeed choose to sit out.

Last season Leonard was able to sit out for most of the season despite being cleared by the Spurs doctors while rehabbing his injured thigh because San Antonio’s front office was trying repair their relationship with him. It’s unlikely that he’ll be granted the same luxury in Toronto.