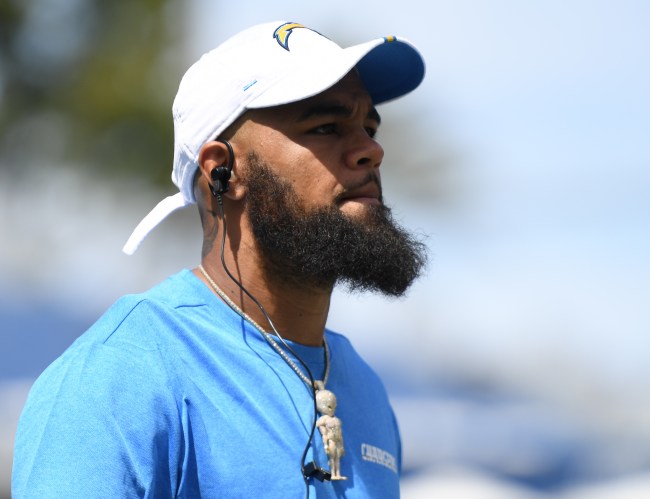 Keenan Allen is one of the top wideouts in the NFL, but he may not have gained many fans today after a tweet he posted regarding the news that U.S. women’s soccer star Carli Lloyd may get the opportunity to kick for an NFL team this preseason. Take a look at Allen’s opinion below — which, did include a shout-out to Lloyd for having a strong leg.

Obviously, the biggest question mark would be Caril Lloyd’s body frame, which isn’t necessarily similar to some of the other kickers in the NFL. However, talking to TMZ Sports, Lloyd’s trainer doesn’t see there being an issue for the two-time Women’s World Cup champ.

For her part, Lloyd has yet to comment on how she’d handle the physicality of the sport … but her trainer seems to think she’d have zero issues if a team were to sign her.

“I think Carli is perfectly made out for a job like that,” Galanis said. “She loves the pressure. She’s got one of the hardest kicks in the world when it comes to women … She would be an ideal candidate.”

Once Keenan Allen’s tweet his the Internet, people on Twitter had some thoughts; so here’s how some replied after seeing the opinion pop up online.

It'd be alright – apparently the NFL hardly ever suspends guys for hitting women.

There is a huge physical difference…

They gonna come after you for this one 😂

Most of them go for the tackle, and can at least make the returner change their route. She’d just get bulldozed

This is one of the best kickers of the past 10 years playing defense so I’m not really sure what your point is pic.twitter.com/ImB9xLUAkW

…says one of the softest players in the NFL

Let’s be honest, kickers don’t fucking play defense anyway. Just have her fall to the ground, she kick better than 90% of kickers anyway haha

Look, whether this is wrong or not, Keenan Allen makes a valid point. Carli Lloyd may have the boot to nail a 55-yard field goal, but, assuming she’s never played tackle football, it’d be a quite the adjustment (and task) for her to try and take down an opposing player should she be forced to. And, while some argue that other kickers aren’t prepared to do the same, there would be noticeable differences between an NFL player who has trained his whole life and Lloyd.

All that said, here’s to hoping Lloyd gets an opportunity to prove people like Keenan Allen wrong, because it’s a pretty awesome story if she were to make an NFL roster — even if it’s only for a preseason game.