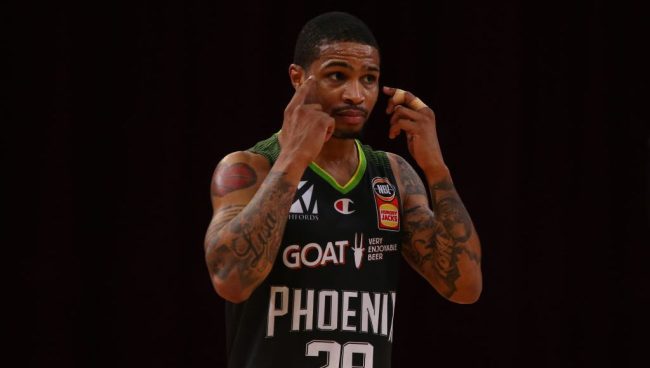 Nobody has had a better last 24 hours than Keifer Sykes. The 27-year-old basketball pro won his team $1 million and earned an NBA contract in the process.

Sykes, an Illinois native, stands 5-foot-11, 176 pounds and plays point guard. He played four years at the University of Wisconsin Green-Bay from 2011 to 2015 and was twice named the Horizon League Player of the Year.

In the process, he became the only player in conference history to record more than 2,000 points, 500 assists and 400 rebounds. Sykes is a good player and there is no two ways about it.

However, he didn’t receive an NBA offer and spent a year in the developmental league in 2015/16. After his time with the San Antonio Spurs organization, Sykes has bounced around to eight different professional teams. From Korea to Italy to Greece to China to Australia, he never quite found a fit.

Unsure of where he was headed next and still without any NBA opportunities, Sykes joined Boeheim’s Army to compete in The Basketball Tournament. The team, laden with Syracuse graduates, set out to win the $1 million grand prize that is awarded to the winner.

As fate would have it, the game came down to the final shot. The next basket won the game, but Boeheim’s Army needed a triple.

Sykes found the ball in his hands and delivered. He hit a walk-off winner from DEEP for $1 mil and it was epic.

Sykes was a key contributor for his team throughout The Basketball Tournament and scored a game-high 21 points in the final. He proved his value.

Not long after the game ended, Sykes received the news that he had waited his whole life to hear— he was headed back to the NBA. The Indiana Pacers signed him to a contract.

After hitting a game-winner to win The Basketball Tournament $1M prize, guard Keifer Sykes has agreed to a deal with the Indiana Pacers, sources tell @TheAthletic @Stadium.

Sykes’ deal will be an Exhibit-10 contract, which is for the NBA’s league minimum. While there is no guaranteed salary, the agreement includes a bonus up to $50,000 if that player is waived from the NBA roster and joins the franchise’s G-League team.

His night changed overnight and it happened at the buzzer. If you aren’t cheering for Sykes’ success moving forward, you’re wrong.