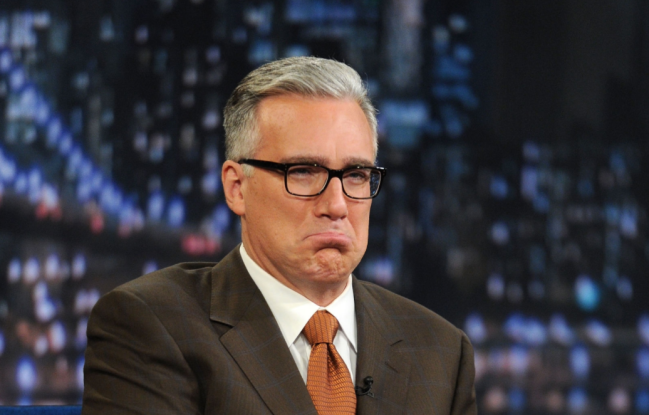 If you’ve been lucky enough to not hear from Keith Olbermann since he ‘resigned’ from ESPN in October of 2020 to start his own political YouTube channel, congratulations. Every day that ends with the letter ‘y’ he says something completely outrageous. Olbermann does this to cater to the masses on Twitter and get political pundits, and regular people that possess common sense riled up. He’s the most irrelevant person on Twitter with over 1 million followers the platform has ever seen. All the man does is tweet about dogs and how awful the United States is.

Olbermann was beside himself on Friday afternoon when the MLB announced that it would be moving both the 2021 All-Star Game and 2021 MLB Draft out of Atlanta due to new Georgia voting laws and the backlash the league may have received if it went thru with the events in Atlanta.

After coming down off of that high, Olbermann has now set his sights on next week’s Masters calling for people to boycott the event. According to him, Augusta National Golf Club is racist, the name ‘the Masters’ is racist, and with the state of Georgia being a former slave state the tournament shouldn’t be televised anywhere and it shouldn’t be recognized at all.

You think the term "The Masters" was applied to a golf tournament in the former slave state of Georgia by…coincidence? After baseball moved its All-Star Game out of Atlanta, The Masters, its sponsors, and its tv networks are next.#BoycottTheMasters pic.twitter.com/GDbOWVGJAp

Olbermann is one of those people that believe Twitter is real life. It isn’t. He is so caught up in the social media mob life that he doesn’t care about facts or the history of the Masters.

The Masters was previously called The Augusta National Invitational before it was changed to its current name in 1939. The founders of the event, Bobby Jones and Clifford Roberts, decided to change the name, most likely due to the fact that it sounds prestigious, it’s unique, and only the masters of the game tee it up at this tournament.

No, Augusta National’s history is not glamorous or perfect, the club’s first African American members weren’t introduced until 1990, but based on Olbermann’s line of thinking, he’s suggesting the tournament was named the Masters as some sort of way to remember slave masters. Just think about how absurd that is.

Related: Deadspin’s Story Calling On The Masters To Change Its Name Is Beyond Ridiculous

This is how lost Olbermann is today. This is a man who once sat atop the peak of sports media as a SportsCenter host for almost a decade, but now he’s let politics control every single thought he has. In his eyes, no significant event should take place in the state of Georgia from here on out because the state’s political system doesn’t align with his beliefs. He’s too smart of a person to not recognize that not every Georgia resident or American citizen shares his same beliefs, he just doesn’t care about those people.

He literally says “the goal now is to keep American money out of Georgia” in his idiotic rant. He also makes it very clear that if you plan on watching the Masters or supporting the Masters in any way, then you are a racist.

Olbermann isn’t the only one that shares these thoughts, the National Black Justice Coalition recently released a statement calling for the Masters to be pulled from Augusta National while also explaining that professional golfers should refuse to play in the event.

Congratulations to Olbermann, he finally got a reaction about some of the sewage that’s fallen out of his mouth. He’ll take anyone talking about him as a win, and it doesn’t matter that the vast majority of everyone talking about him is doing so while laughing about just how out of touch with reality he is.