Kelly Stafford Gets Duped By Fake Aaron Rodgers Quote, Has A Good Laugh About It Afterwards 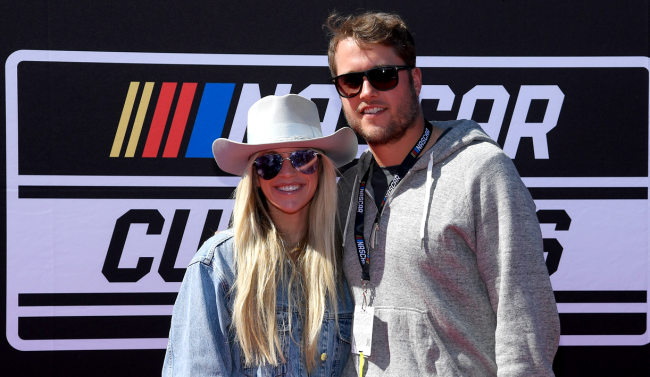 For 12 years, Kelly Stafford’s husband Matthew was one of the few shining stars for the beleaguered Detroit Lions. So anytime someone tries to take him down a peg, his wife Kelly is guaranteed to have his back and defend him. Even if the criticism isn’t real.

On Monday, Kelly Stafford shared what appeared to be a quote from Green Bay Packers quarterback Aaron Rodgers on her Instagram story.

“Kirk and I are actually good friends,” read the quote, referring to Vikings QB Kirk Cousins. “He’s someone I respect a lot. We have similar beliefs and values. Each off-season his family will come out and have a meal at my place, he always invites me out to return the favor. You just don’t see players like him and I very often in the league. Take the North for example, if you put him or I on the Lions or Bears we would be the best QB that franchise has ever seen.”

In response to the quote, Kelly wrote, “Ya you’re wrong. Maybe the Bears, maybe.”

Kelly soon realized that she had been duped when the @NFCNorthNewss Twitter account followed up with another fake quote aimed directly at her “from Aaron Rodgers.”

“Kelly I think you should sit this one out,” read fake Aaron Rodgers quote number two. “Your husband is a great player, but to think he’s even close to my level is just disrespectful. 12/29 is circled on my calendar, you’ve made this personal.”

Finally figuring out that she had been had (she was far from alone in that regard), Kelly Stafford wrote back with a couple of crying face emojis, “But is seems so real. Well done, well done.”

Kelly Stafford is a great sport! Love to see it! ❤️ pic.twitter.com/NUOyzICHZ8

It definitely could have been worse. At least Kelly wasn’t fooled by a Twitter account with the name Buttcrack Sports.