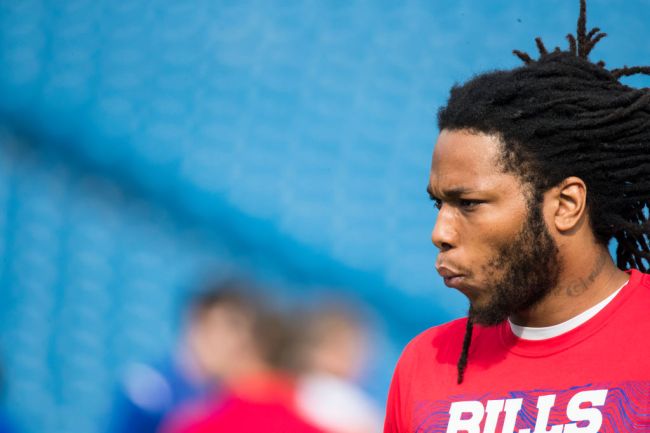 Kelvin Benjamin has not played a snap in the NFL since 2018, but he is ready to give it another shot. The 6-foot-5, (generous) 245-pound former wide receiver is making a position change with hopes of getting back into the league. Instead of lining up at the numbers, the 30-year-old is trying out for the Giants at tight end.

This move is interesting for a few reasons, and it brings long-running jokes full circle.

Benjamin was drafted in the first round of the 2014 NFL Draft by Carolina after a tremendous career at Florida State. Panthers GM David Gettleman was high on the Seminoles’ athletic receiver, who amassed 1,011 yards and 15 touchdowns in Tallahassee. He was on the receiving end of Jameis Winston’s BCS title game-winning touchdown against Auburn and was a huge presence who could go up and get the ball. The plan was to surround Cam Newton with big targets in Charlotte.

It appears that Gettleman, who is currently the GM for the Giants, is still excited about his former draft pick. However, he is bringing him in to supplement a tight end room that includes Evan Engram and recently-signed Kyle Rudolph.

Benjamin’s move is long overdue and was a topical joke for his last few years in the league. He showed up to Carolina’s training camp in 2017 significantly overweight and was rumored to weigh upwards of 280 pounds. It may have been a bit of an exaggeration, but still. He was big.

Rumors were swirling RE: Kelvin Benjamin showing up2workouts at 280 lbs. He ain't that big, but he is large, & slow. https://t.co/iy4EJ4jziH pic.twitter.com/M1kk4dD0Yt

Unable to return to form, he was traded to Buffalo in 2017, where he was part of Booger McFarland’s best line.

The ESPN Monday Night Football analyst said that he was “a Popeyes biscuit away from being a tight end.”

Well, Benjamin must have hit Popeyes en route to NYC.