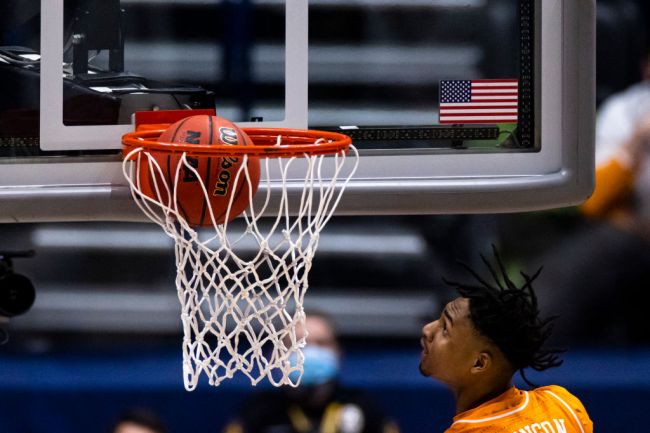 When Kansas’ Kenny Gregory set the NBA vertical leap record (45.5 inches) in 2001, Gladiator won Best Picture, O-Town was singing about wet dreams, the Lakers were on the heels of their second straight championship, I was unironically rocking a mushroom cut and carpenter jeans, and Keon Johnson was just a twinkle in his father’s eye.

That 20-year-old record was shattered this week by a full 2.5 inches after the Tennessee guard and potential top-10 pick took flight and set a new draft combine record with a 48.0-inch vert. That is four feet, or roughly the size of Kevin Hart.

The slow motion video of the NBA record is a thing of beauty.

As Yahoo Sports points out, the 6-foot-7 Johnson is capable of jumping to the point that the top of his head is five inches over the basket. The scariest part is he’s just 19 years old.

To see this vert in practice, here is Keon woofing it on some poor Georgia soul, who was never heard from again.

If a genie gave me three wishes, one would be to grant me the ability to posterize someone to this magnitude. Preferably on Draymond.