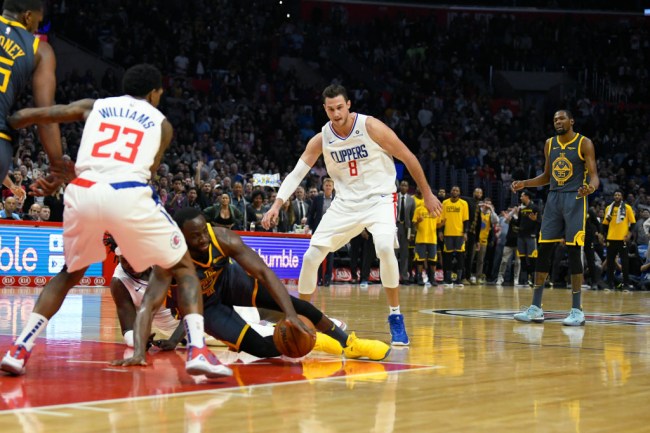 The only conceivable way the Warriors don’t secure their fourth NBA Championship in five years is if they eat each other. Self-implosion is the only hope the rest of the league has to dethrone a team that has two former league MVPs and five All-Stars.

An incident during Monday night’s overtime loss to the Los Angeles Clippers could have taken the bottom out of the Jenga tower. In case you missed it, Kevin Durant and Draymond Green got into a heated exchange after Draymond inexplicably tried to play hero ball and dribble up the court himself for an opportunity to take the last shot. He fumbled away the ball and the game would go into overtime, where the Warriors would ultimately lose.

But that was just the tip of the iceberg, as the exchange spilled over into the Warriors locker room. Green repeatedly called Durant “a bitch,” according to a Yahoo Sports report, and the altercation became so heated that the perpetually chill Klay Thompson intervened to stress the importance of sticking together.

The Warriors organization thought the scuffle crossed the line and suspended Draymond Green without pay for Tuesday night’s game against the Hawks. The suspension cost him $120,480.

After Tuesday’s game, Durant could have made this incident a thing of the past by giving a cliche line like “We’re both competitors and our emotions got the best of us.” Nope. Instead, he demonstrated how triggered he still is.

When asked about his friendship with Draymond, Durant decided to pour gas on the fire: “I don’t think that really matters right now … anyone want to ask a question about the game?”

When asked if he and Draymond cleared things up, he responded “Nah.”

When Thompson was asked about the current state of his teammates’ relationships, he referenced a Drake song.

The real quote is “My past behind me like a pony tail,” but A for Effort, Klay.