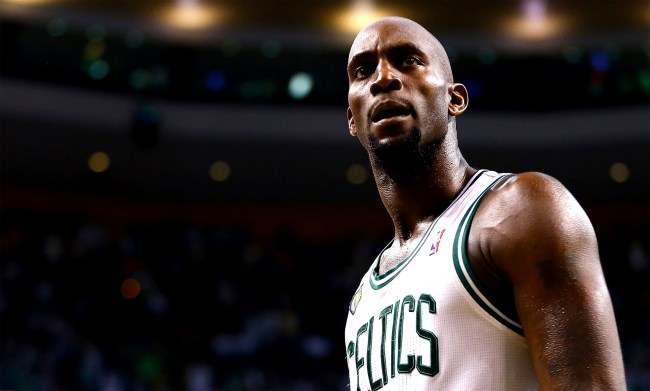 NBA Hall of Famer Kevin Garnett, during his appearance on the Million Dollaz Worth Of Game podcast, was asked to name his all time starting five in the NBA.

At point guard, KG chose Magic Johnson. Then at the two spot he went with Kobe Bryant. At small forward, Garnett chose Kevin Durant. He then chose himself at power forward, followed by Wilt Chamberlain at the pivot.

If Garnett’s selections caused you to raise your eyebrows at the notable omissions of Michael Jordan and LeBron James – the two players a majority of fans fight over as to who is the GOAT – then you are far from alone.

“And you see why he not involved in player personnel on any team in the NBA,” one viewer wrote on Instagram.

“KG about to sell a book like Pippen,” joked another.

In fairness to Garnett, he did at first chose Michael Jordan, adding, “I know you’re gonna say MJ. I’m supposed to do that, shout out to MJ ’cause he the god and we all copied him and sh-t, but I got Kobe at my two.”

Reply to @wadegotswag this lineup would be menacing on defense

Garnett did add Jordan as one of his bench players, along with Vince Carter.

No Bron or Bird either. Episode 141 got some amazing takes from the Big Ticket.

“KG is in the Hall of Haters,” one person wrote on TikTok.

“KG is the saltiest player in NBA history,” commented another.

Over on Twitter, the reactions to Kevin Garnett’s all time starting five were pretty much the same, only with more jokes.

Steph, MJ, bron, Duncan and shaq spanking this 5 by 40 for sure.

Among the many names that people were feeling very pressed about not being on KG’s list, in addition to MJ and LeBron, were Allen Iverson (who he did say he wanted to include), Larry Bird, Tim Duncan, Stephen Curry, Bill Russell, James Harden, Shaquille O’Neal, Kareem Abdul-Jabbar.