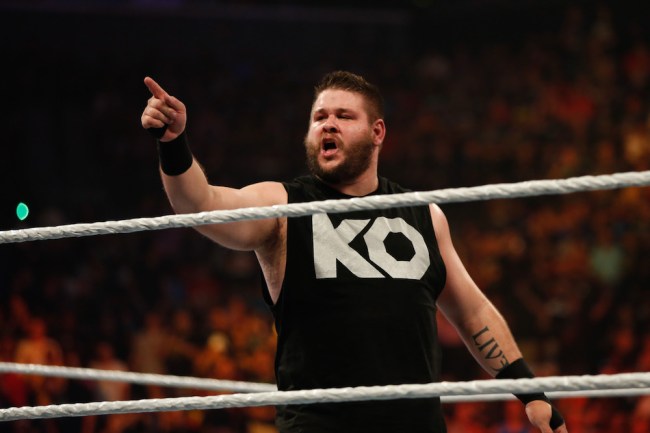 On Tuesday, WWE announced that a developmental talent had tested positive for COVID-19.

“The developmental talent last appeared at the company’s Performance Center in Orlando, Florida, on June 9, and no other individuals have reported symptoms,” said Jeffrey Dugas, the WWE’s associate medical director.

Developmental talents have often been used as audience members during taped WWE events, including the Backlash PPV this past Sunday.

The company was forced to halt production for the day until all talent and employees could be tested.

According to Fightful Select, Kevin Owens decided not to attend WWE tapings because of Coronavirus concerns. The website is reporting that WWE officials didn’t put pressure on Owens to attend and there’s reportedly no heat on the star over this decision.

According to Dave Meltzer at the Wrestling Observer, Owen’s wife’s grandfather recently died from COVID-19, which could be another reason for the Raw superstar staying home. The 36-year-old has two young children at home as well.

WWE talent was blindsided by the news on Tuesday, some didn’t even find out about a developmental talent testing positive until the news broke online.

Honestly, more performers should follow Owens’ lead and just not show up. The WWE has been tempting fate since the coronavirus began washing over the country back in early March.

The company has put on shows week after week, including WrestleMania, and even toyed with the idea of going live with fans long way too soon.

Roman Reigns was the first superstar to put his foot down and not show up for any WWE events.

Reigns, who is immunocompromised, has sat out the entire pandemic to be with his wife. The couple already has three small children and Reigns’ wife is currently pregnant with twins.

COVID-19 cases are spiking across the country and Florida -home of the performance center and all WWE tapings – might be the new epicenter of the virus.