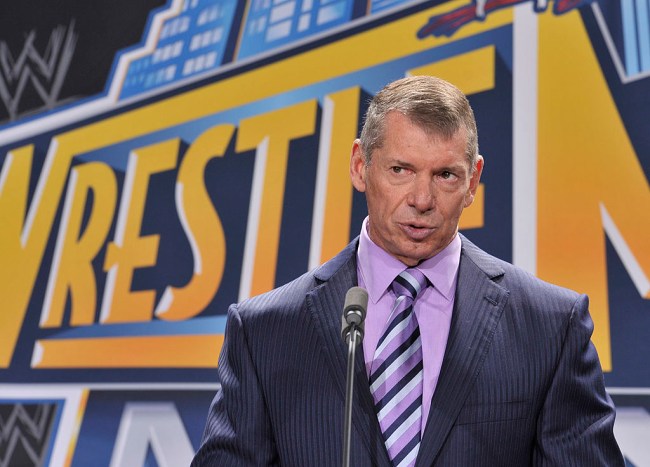 Prior to a couple of months ago, it’d been years since I’d sat down to watch a WWE event but found myself sitting in a hotel room with a friend of mine who keeps up with pro wrestling who decided to devote his Sunday night to watching the Royal Rumble and figured I might as well do the same for old time’s sake.

Over the course of those few hours, I was treated to some of the absolute batshit storylines that were currently in full swing before a main event that featured Brock Lesnar absolutely bodying the first dozen or so contestants that came down the ramp and the unexpected return of Edge, who was met with an absolutely ridiculous pop.

I continued to keep tabs on how things developed in the following weeks, and after it became clear Wrestlemania 36 will feature some old favorites including Goldberg, John Cena, and The Undertaker, I decided to buy a ticket to the show and book a flight to Tampa after a buddy of mine who lives there offered to let me crash at his place.

Sadly, I booked that flight in question shortly before the airline industry went into an absolute tailspin following a global health crisis that has resulted in the cancelation or postponement of virtually every sporting event on the planet. Since then, I’ve been constantly keeping tabs on what the WWE is planning to do as it remains one of the sole organizations that seems to be adhering to “the show must go on” mentality.

Over the weekend, the CDC issued a recommendation that all major public gatherings for the next two months should be capped at 50 people, which is approximately 69,950 less than the number of fans who are currently poised to gather at Raymond James Stadium on April 5th.

According to The Tampa Bay Times, officials discussed the matter at a meeting last Thursday and elected to hold off on a decision concerning the cancelation of the event and Hillsborough County commissioner Les Miller issued a statement saying he was relying on the WWE to do the right thing and volunteer to pull a Jon Taffer and shut it down:

“I’m hoping that Vince McMahon and WrestleMania and WWE make the call themselves. But a week from now, if they’ve not done that and we’re still in the situation we’re in, we’ll probably have to pull the plug on that.”

McMahon has already suffered a major setback after he was forced to suspend the inaugural season of the rebooted XFL, and on Friday, the organization held a pretty surreal broadcast of Smackdown that was filmed at its Performance Center without any fans in attendance.

As a result, it would seem like they’ve begun to accept the inevitable, but according to TMZ, the company is still exploring its options—including also holding its biggest event of the year without any fans.

However, there’s still one question that remains unanswered: why is the WWE dragging its feet? Well, according to one insider,  McMahon has a massive insurance policy he’ll be able to cash in if the city of Tampa ultimately determines the event’s fate and would be financially screwed if he willingly canceled it himself.

However, the city also has a fair amount to lose, as it estimates visitors could spend at least $165 million while visiting the area. Additionally, as Vice reported last week, the many independent companies and the wrestlers who were planning on hosting shows of their own in the week leading up to Wrestlemania could already be absolutely screwed, as at least one promoter said his house is on the line if the matches he has planned are canceled (which seems like a virtual certainty).

At the end of the day, it would appear McMahon has most the leverage here, and as a man who once almost killed one of his writers in a highway race by forcing him off the road, something tells me he won’t be backing down.