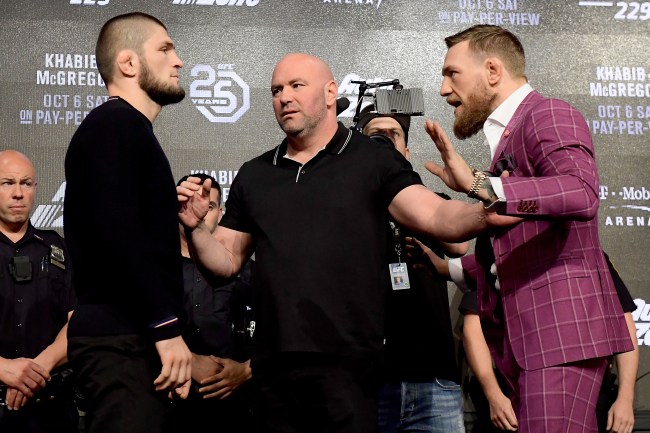 Conor McGregor sure picked an interesting time to stir up shit. The “retired” fighter is currently being investigated by Irish police over an accusation of sexual assault at a hotel room in central Dublin last December. Conor deemed the allegations to be nothing more than “rumors.”

The 30-year-old former UFC featherweight and lightweight champion earned himself some more bad press after he called Khabib Nurmagomedov’s wife a towel, in reference to a photo the devout Muslim fighter and his veiled wife at their wedding. 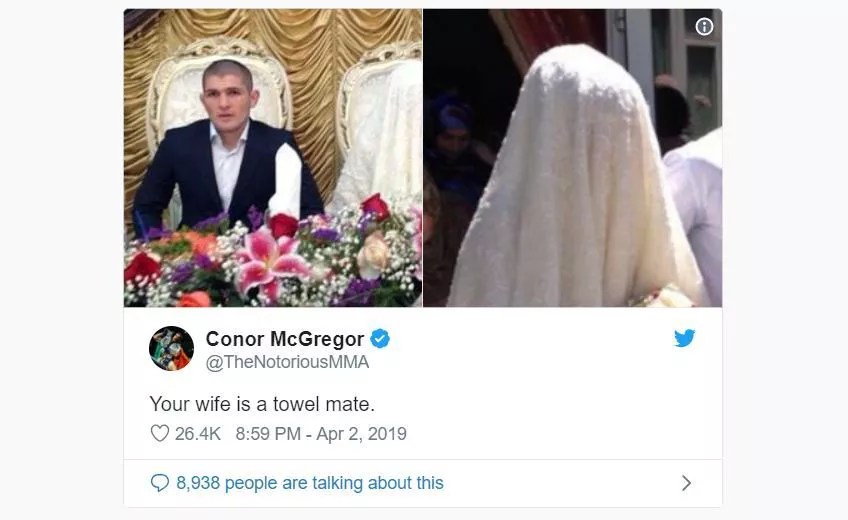 The since-deleted tweet was in response to comments made by Nurmagomedov earlier in the week in which he called McGregor a “jealous wife” for using his retirement as leverage against the UFC. In any event, many people, including UFC fighters, deemed McGregor’s comments racist and indefensible.

“Talking shit, this guy is insulting someone’s wife and making fun of her religion and belief. He doesn’t realize he’s insulting 1.5 billon Muslims. Religion and family is a no no. You’re fucked Connor, let’s see what the media is going to say now. He’s a rapist, and a bitch.”

As you may have expected, Khabib quickly fired back, posting a photo of Conor with his hand between a woman’s leg and tagging it with the caption “Rapist.”

Rapist, you are Rapist.
You are a hypocrite who is not responsible for your actions. Justice will find you.
We will see.@TheNotoriousMMA pic.twitter.com/317rLK5TVN

I shouldn’t have laughed at this tweet, but mah gahd it’s art…

At the time of me writing this, Conor has yet to respond to the response of calling his wife a towel. I can’t believe I just wrote that sentence.