Kyle Shanahan Wants Kirk Cousins In San Francisco, But Does A Trade With Minnesota Make Sense? 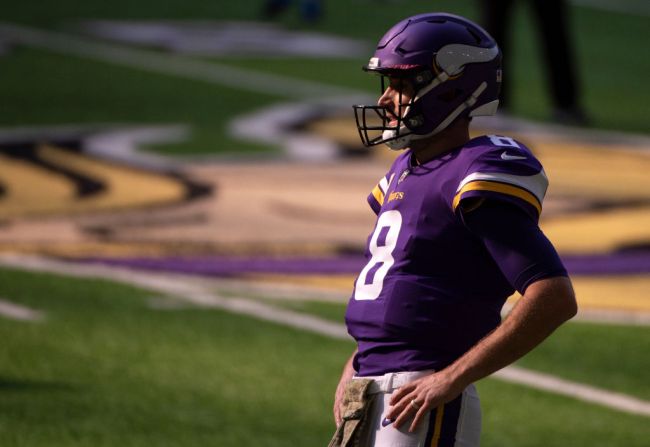 49ers head coach Kyle Shanahan loves Kirk Cousins and is rumored to be interested in reuniting with his former signal-caller this offseason. San Francisco has been extremely active in the quarterback market and was among the teams in the mix for Matthew Stafford before he was traded to Los Angeles. However, it seems as though the organization has its eyes set on another 32-year-old.

#49ers still looking to make a move at QB. Kirk Cousins, I'm told, is a name to keep an eye on. If #Vikings are open to dealing, San Francisco will push hard to acquire him. Ties with Shanahan make this an intriguing potential fit.

Coming off of a Super Bowl appearance in the 2019/20 season, the 49ers hoped that Jimmy Garoppolo would take the next step as the starter in the fall, but he suffered a high right-ankle sprain that cost him 10 games. As things stand, the former New England draft pick will remain the team’s QB1 for next year, but San Francisco is expected to be very active in an offseason that could see unprecedented movement at the position.

Cousins, who is due for a $31 million cap hit for Minnesota in 2021, with a $45 million salary set to be paid in 2022. If he is traded to another team, his cap hit would decrease by $10 million in each of the next two years. Garoppolo’s contract carries only a $2.8 million hit, which would allow San Francisco to take on a heavier contract with little issue.

It is an interesting move, as Cousins has won just one playoff game in nine seasons, but Shanahan has been infatuated with the idea of acquiring his former quarterback since he took over the 49ers in 2017. While Shanahan was the offensive coordinator in Washington in 2012 and 2013, he spent a lot of his focus on developing Cousins into an elite quarterback. When he arrived in the Bay, he has admitted that he didn’t evaluate the 2017 quarterback class (with Mitch Trubisky, Patrick Mahomes and Deshaun Watson) in the way that he typically would because he knew Cousins would be available for 2018.

When the organization went a different direction and brought in Garoppolo, Shanahan and general manager John Lynch were still interested in Cousins.

From an interview with Sports Illustrated’s Albert Breer: “But here’s what you may not know—even after San Francisco dealt a second-round pick to the Patriots for Jimmy Garoppolo on Oct. 30, Shanahan and GM John Lynch had yet to shut the door on the idea of pursuing Cousins. Garoppolo had much to prove over the two months to follow, and the man Shanahan developed in D.C. in 2012 and ’13 lurked as an option if Tom Brady’s backup fell on his face.”

Lynch then told ESPN that even after Cousins signed his massive deal with Minnesota, Shanahan was disappointed to miss out.

“We made the trade, but then there were some days when Kyle Shanahan was, like, in mourning, because I think everybody knows his master plan was to have Kirk Cousins come in eventually. I was proud of Kyle, because I think he knew this was the right thing for our franchise. And he didn’t hesitate. But then, even then, Jimmy had to really prove himself.”

In March of 2020, even before Garoppolo missed the majority of the season, ESPN’s Diana Russini said that she’s “never seen somebody want a quarterback as bad as Kyle Shanahan has.”

As for what it might cost for Shanahan to get his guy, there are a few thoughts. The Vikings might be willing to reduce the price for Cousins because of the salary dump, making it possible that it would only take the 49ers’ second-round pick in a simple one-to-one trade. If Minnesota threw in a couple of mid-round draft picks, it could have a case for San Francisco’s No. 12 overall pick. If that ends up being the deal, the Vikings would hold the No. 12 and No. 14 overall picks, which gives them the option to take a quarterback at either spot, or trade up to get their guy.