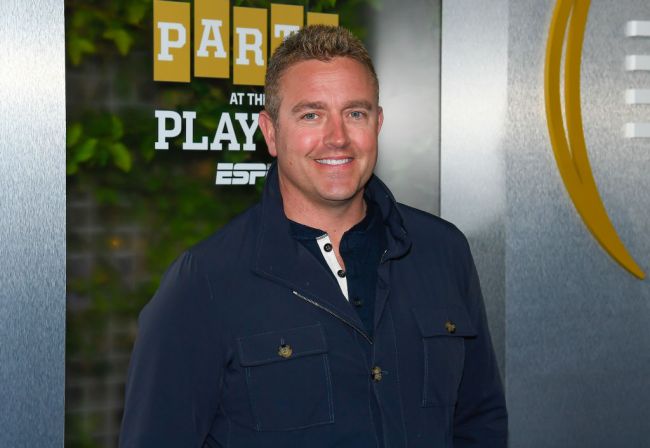 Given the new NCAA rules allowing student-athletes to transfer to a new school without having to sit out a year, entering the transfer portal has become the norm in college athletics. According to 247 Sports, over 2,500 college football players alone have entered the transfer portal this offseason.

Kids jumping ship and entering the transfer portal bothers Kirk Herbstreit. While he recognizes that some athletes do need fresh starts at a new school, he also believes that some athletes are simply running away when the going gets tough. Herbstreit thinks that the struggle is part of the journey, and he’s speaking from his own experience while at Ohio State.

Herbstreit recently appeared on ‘Packer & Durham’ on the ACC Network and talked about his struggles at Ohio State. The Buckeyes brought in a new offensive system that didn’t fit his playing style as a quarterback, so he was relegated to special teams. He admitted that this nearly drove him to quit, but this also drove him to speak with the team’s psychologist and he’s grateful for sticking it out.

Why Herbstreit Isn’t A Fan Of The Transfer Portal

The college football analyst explained that he wouldn’t have made it through that journey without sitting down with the team’s psychologist. Herbstreit hopes that student-athletes contemplating quitting or entering the transfer portal should sit down, talk, and reflect before jumping ship.

“I also say this transfer portal, it bothers me. Because I didn’t know it when I was 20 or 21 years old. I didn’t know that it would change me for the rest of my life by enduring what I endured, getting through it, and getting to the back end of it — the perseverance, the life lessons about getting knocked down and getting back up, the life lessons about patience, about things don’t always go your way.

It’s tough not to agree with and appreciate Herbstreit’s message here. The numbers don’t lie, plenty of athletes are bolting from schools the moment adversity hits or they see themselves being a better fit elsewhere. You can put the blame on the NCAA for allowing these new transfer rules, but ultimately it comes down to the athlete as the one that makes the decision to leave.