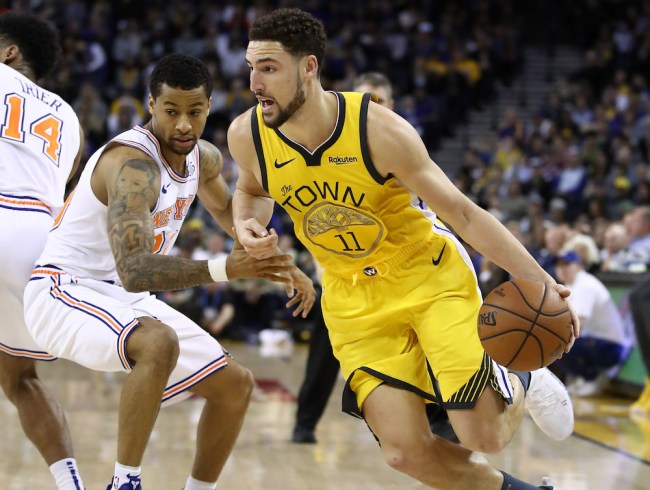 When I was in high school, I was put in charge of coaching a team of eight-year-olds and teaching them how to play basketball for reasons I swear have nothing to do with court-ordered community service.

There are plenty of challenges that come with teaching small children the nuances of a sport but they seem to have a particularly difficult time grasping the concept of having to dribble the ball instead of just sprinting around the court with it.

They also had a bit of trouble mastering the art of dribbling itself, as a typical practice involved a bunch of third-graders chasing the ball around the court as they wildly slapped at it with the palm of their hand.

You usually have to be pretty proficient in ball-handling if you want to make it in the NBA but there’s at least one guy who’s managed to make a pretty good name for himself despite his apparent fear of dribbling: Klay Thompson.

The Golden State Warriors have become the force they are today thanks in no small part to the number of scoring machines they have on their roster— including Thompson, who has perfected the art of the catch-and-shoot.

It appears Thompson had a serious case of dribblephobia during last night’s game against the Knicks, where he managed to score 43 points while only letting the ball touch the floor a total of four times.

The fact that he pulled this off is absurd on its own but I think I might be more blown away after learning there is someone out there who’s tasked with tracking the number of times a player dribbles a ball during an NBA game.