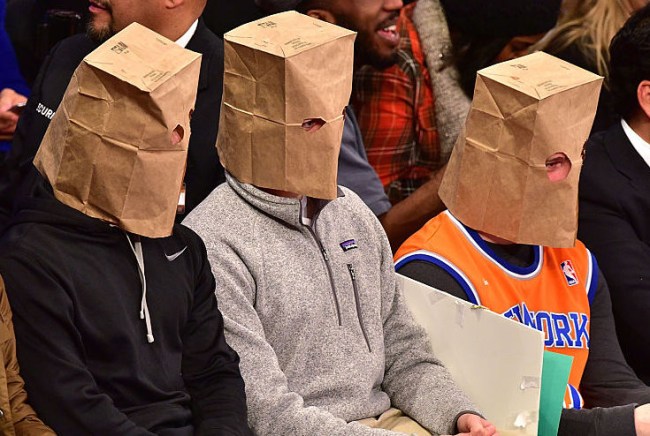 With the exception of the wild ride that was Linsanity, New York Knicks fans haven’t had much to cheer for over the past decade or so and the majority of the responsibility can be placed on the man who is possibly the most incompetent owner in the world of sports: James Dolan.

Dolan has been calling the shots in New York since the start of the millennium and the majority of those shots have been as ill-advised as the one final tequila you absolutely do not need that you order regardless before closing your tab following a long night of abusing your liver.

The Knicks haven’t made a playoff appearance since 2013 and have sported an abysmal record in almost every single season since then, and as a result, the people who inexplicably still attend their games aren’t exactly thrilled with the product that’s been on the court.

It’s safe to say that Dolan has skin that’s as thin as Christian Bale in The Machinist and doesn’t exactly take too kindly to the constant barrage of criticism he’s forced to deal with for somehow being worse at running a team valued at $4.6 billion than he is at making music.

Dolan—who may or may not have a Twitter account he uses to defend his honor—is laughably petty to a point where he once had someone ejected from a music festival for telling him to sell the team and even banned a fan from Madison Square Garden for doing the same.

Dolan also famously decided the best way to deal with an angry Charles Oakley when he was approached by the Knicks legend was to have him arrested but it appears the threshold for what’s considered a valid reason for getting put in handcuffs has plummeted even further since then.

According to The New York Daily News, a guy from Long Island named John Wotcazk started a “Sell the Team!” chant with his buddies after they decided to leave their team’s losing effort to the Jazz before the game had even ended because they’d already seen enough.

However, they were stopped by security before they were able to make it out of the arena and Wotcazk says they were “interrogated” for 15 minutes and even told they could be arrested before being ultimately allowed back to their seats.

Escorted out of Spikes entrance pic.twitter.com/DcvLH2oLCB