Knicks Release Statement Addressing Fans’ Draft Criticism; It Does Not Go Over Well 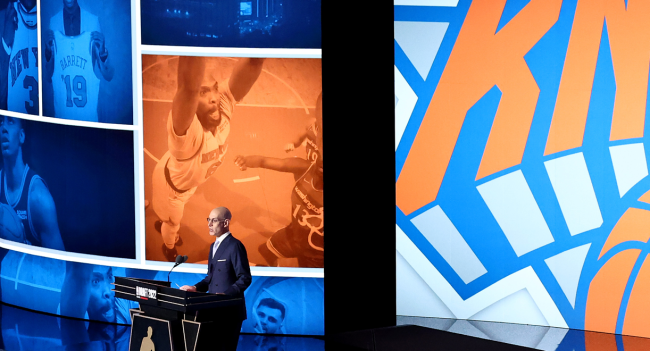 Thursday night, as the 2022 edition of the annual NBA draft took place there was one common theme: what are the Knicks doing?

To sum up the Knicks’ draft we go to five separate “winners and losers” articles published following the event.

ESPN – “Until we see the full picture, this was just a confusing night for the Knicks and their fans.”

It was like that all night and on into this morning as fans and media were left scratching their heads at the numerous moves made by the Knicks during the draft.

Apparently, Knicks president Leon Rose made the mistake of actually opening up the internet on Friday, because he decided that the noise was so loud that he should release a statement addressing the team’s unusual draft activity.

“Last night, we made three trades involving draft picks, which resulted in increased financial flexibility and additional draft capital moving forward,” Rose wrote. “We now have a total of 22 picks, 11 in the first round and 11 in the second round, over the next seven years. We have the ability to be active in free agency, as well as in the trade market.

“Our focus will remain to be strategic and thoughtful in our team building, doing it the right way, while feeding off of the momentum from the end of last season and prioritizing our player development program.

“Thank you to Knicks fans for your continued support.”

Pretty sure these, and many other, responses to the Knicks’ statement doesn’t qualify as “support.”

You did so well in free agency last time signing Fournier, Kemba, Noel, Rose, and Burks. Why not trust you to be successful once again?

"We traded pick 11 for cap space to overpay a mid player thanks for your support Knicks fans!" pic.twitter.com/yFfuIaz5vU

What is the purpose of having 11 1st rd picks when you constantly move back in the draft for more protected picks? Plus have a coach that has no interest in playing those said draft picks. Why is easier for other teams to build thru drafting and development but not the NYK?

Leon Stop it, we know it’s to get your favorite player pic.twitter.com/WpCEkkTSU5