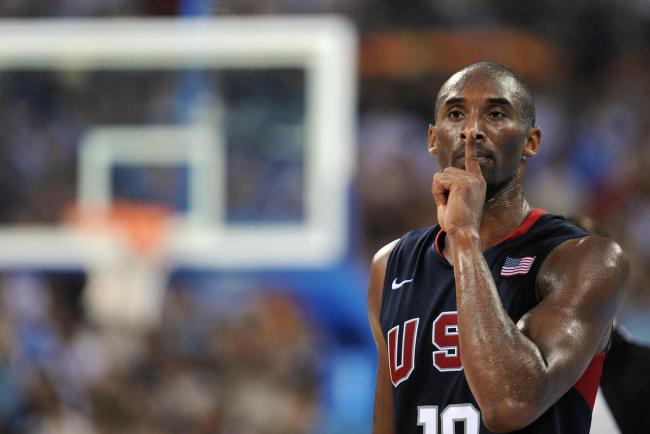 There are two athletes in the past 30+ years who proved to be next level in their preparation and obsession to compete: Kobe Bryant and Michael Jordan. With 11 NBA championships between them, “The Black Mamba” and “His Airness” were unmatched in their relentless drive, going above and beyond in order to win at all costs. It’s why they’re two of the best ballers to ever lace ’em up — and why people truly believe in the “Mamba Mentality” implemented by Kobe.

While we got a behind-the-scenes look at Jordan’s mentality during this year’s amazing documentary, The Last Dance, following the tragic death of Bryant in January, we’ve been getting a bunch of stories about what made him so unique and what drove him. Similar to MJ, Kobe was different, man, and had a desire that just couldn’t be duplicated.

In the latest example of that, Duke head coach Mike Krzyzewski, who also guided Team USA to the gold medal in the 2008 Olympics, sat down with The Old Man and the Three with JJ Redick and Tommy Alter to talk shop. Naturally, Kobe Bryant came up, with Coach K telling an awesome story about the Lakers superstar taking on the challenge of shutting down the best scorer on every opposing team America played during the tournament.

One of the league's perennial scorers just wanted to play D.

Considering Bryant averaged 28.3 points a game during the 2007-08 season prior to the Olympics, it’s wild to hear Coach K talk about the guy’s willingness to try and stop another player from scoring instead of scoring himself. But, hey, that’s part of what made Kobe Bryant so incredible: His desire and mindset.

Here’s a snippet from the interview Coach K did during his time on The Old Man and the Three with JJ Redick and Tommy Alter podcast a few days ago.

“‘I need to ask you a favor. I want to guard the best perimeter defender on every team that we play.’

“Now, he’s the NBA scoring champ. He’s the best player in the league at that time. He had seven 50-point games that year. And he knew that he’d have to change a little bit to be a leader.”

“He pauses and, you know, his eyes, he and Jordan had the same eyes; they killed you with their eyes. And he leans forward and says, ‘Coach, I promise you I’ll destroy them.’ So I thought, ‘holy shit,’ this is good.

“So we go and have a team meeting, and, in the first practice, he doesn’t take a shot. He does not take one shot.”

“I call him over afterwards and he said, ‘Coach, I promised you, I’ll destroy them.’ And I said, look, you’ll destroy teams offensively… will you shoot the friggin’ ball? And he said from then on that I was the only coach, ever, to ask him to shoot.

“You know what he was doing, JJ? He knew that, for us to win the gold medal, we would have to beat Argentina, whether it be the semis or the Gold Medal Game, and that he wanted to guard Ginobili. Believe me, he already had that figured out. And he was going to prepare to guard Ginobili.”

You can watch the entire interview with Coach K below, which dives into a lot about the legendary Duke coach’s career, as well as some of his experiences around the great Kobe Bryant.