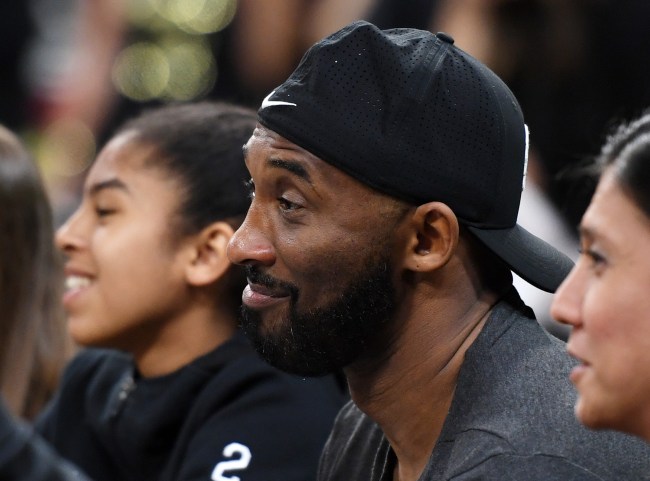 I’m not sure how the vibe of your middle school sporting events was, but for mine, if you didn’t share your orange slices with the opposing team at halftime and yell “good try!” repeatedly, a Linda wouldn’t hesitate to send a strongly worded email to the athletic director.

“The girls are making incredible progress,” Bryant told SLAM in March. “Just wait until you see us in six years,” he adds. “I have a year-by-year plan for them. We are going to keep adding pieces on a schedule I’ve already mapped out.”

If you’re more of a visual learner, let me offer you a visual representation of Kobe’s coaching methods:

For the math illiterate, that amounts to an 88 point victory, all fueled by a loss two years ago when many of the girls were still wearing Pampers.

Can you imagine how powerless you’d feel being the father of a girl on the opposing team, witnessing the love your daughter harbors for the game being crushed before your eyes. And what can you possibly say? You’re going to tell the guy who didn’t speak to anyone for two weeks after Jordan mocked him after a loss to play fair? It’s your funeral, bro.

[Kobe steps closer to the man, who begins to pee a little bit, and wraps his hands around the father’s neck before lifting him high in the air. The death grip causes the man’s head to explode into a billion pieces. The man’s dislodged mouth lay at half court, sucks in one last gulp of air, before uttering: “Duly noted, sir.”]

P.S. It looks like the apple doesn’t fall far from the tree…