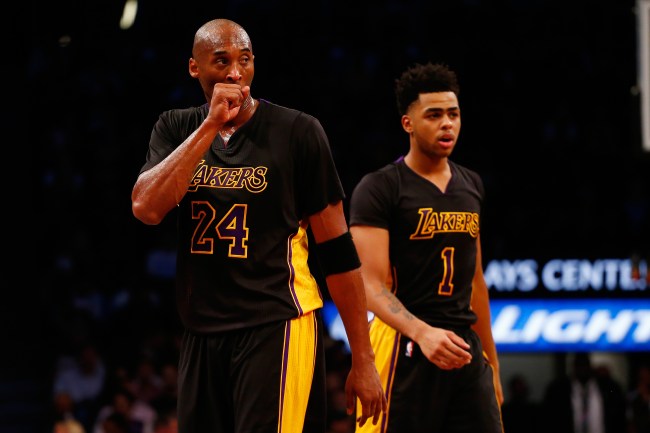 In any other work environment in America, Kobe Bryant would be the most hated colleague.

He’d be the one dude in the office who gets livid for others not immediately responding to his email about TPS reports on Christmas morning. The guy who would rip the power cord out of the wall if you saw you browsing the internet during office hours. Gone would be the days of sitting on the shitter and swiping right on Tinder until your legs fell asleep. Truly a dystopian world.

Fortunately for Kobe, he chose a profession where projecting his raging obsession onto others is viewed as a superpower. It’s why he was able to get away with being borderline verbally abusive to Jeremy Lin. It’s why he was lauded for calling his young Laker teammates “Charmin soft.” It’s why he’s one of the most stan’ned (am I using that term correctly, youths?) pro athletes in history.

Former Lakers coach Byron Scott appeared on LA AM 570 Radio to speak about his time with the Lakers and told a story about how a 19-year-old D’Angelo Russell’s lackadaisical approach to the game infuriated Kobe.

“The only thing he was trying to do with some of these young guys is help them.

I mean, he told me. He was like, ‘Coach, they don’t get it.’ Jordan Clarkson was one guy that was a mainstay that would come out and shoot with Kobe almost every single day. Kobe would go out an half-and-a-half before practice and say I gotta make 500 shots and Jordan would be the one guy that would join him.

This news comes just days after an interview with The Athletic in which Russell admits to regretting ignoring Kobe’s wisdom.

“Looking back on it, he dropped so many jewels on me that I didn’t even hear because I was not there mentally,” Russell reminisced.

“I remember one time we were in Houston, and I went to his room with his security guard,” Russell recalled. “Kobe comes in and says, ‘You know, when you go on these road trips, you want to have fun, you want to turn up, you want to do all that in these cities.’ But he said, ‘I gained an edge by taking meetings on these road trips, business meetings. What can I do to establish my brand, figure out what I like to do, advance my life after basketball?’”

“But looking back on it, I’m like, man, he was really teaching me what’s really relevant now and a lot of kids don’t get it until they’re 8-10 years in and realize what they want to do,” D’Angelo said. “Then they attack it, but they’re on their way out and their (ability to make money) isn’t the same.”