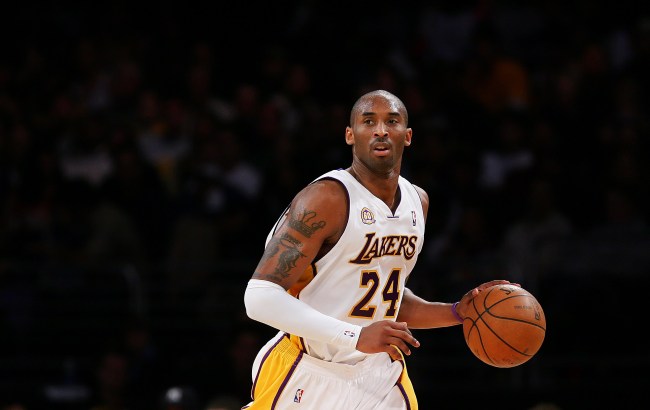 Like his idol Michael Jordan, Kobe Bryant was notoriously tough on his teammates.

Kobe was especially hard on his Laker teammates during the final few years of his career and was infamously videotaped berating his younger counterparts for being “soft like charmin’ during a heated practice.

Kobe extremely unhappy on the practice court. "Now I see why we've lost so many games. We're soft like Charmin!"

On this day five years ago Kobe let his teammates know they were "soft like Charmin." 🧻

Kobe’s former teammate Jeremy Lin spoke with Danny Green in the Greenroom podcast and revealed that an injured Kobe Bryant once walked into the locker room before the trade deadline of the 14/15 season when the team had a losing record just to “say bye to some of you bums who are going to get traded tomorrow.”

“I just came by to say bye to some of you bums who are going to get traded tomorrow.”

He comes in, sweatsuit , he has a sling around for his hurt shoulder, he has his shades on, his Kobe shades,” Lin recalls. “And he walks in and everyone’s like, ‘Ohhhh’ and Booz, Carlos Boozer, is like ‘Kob! Good to see you bro! Dang, we haven’t seen you in a bit, how come you came today?’ And he was just stone-faced, and he was like, ‘I just came by to say bye to some of you bums who are going to get traded tomorrow.’ [laughs] And then he sits down at the table where you control the scoreboard at the practice facility and he said a couple words to the coach, and then he left. And I remember one of my teammates was just like ‘I lost all motivation to practice.’”

Apparently, Kobe documented his final season with the Lakers with a film crew so we might be able to see some of these classic stories played out in public just like Jordan’s ‘The Last Dance’ documentary.