Kobe Bryant Gave An A+ Motivational Speech To The L.A. Chargers Before They Went Out And… Lost 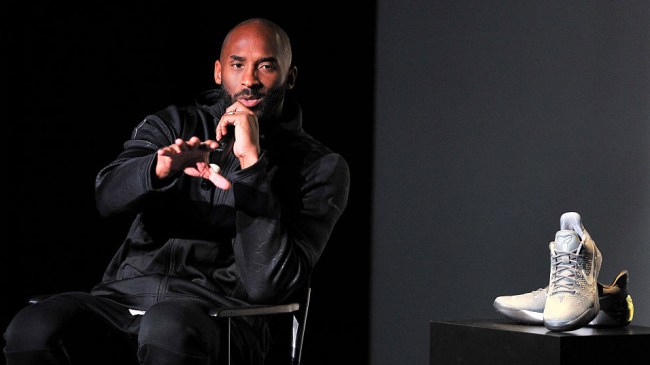 Kobe Bryant may be retired from the NBA, but he’s still keeping very busy, and one of the things he’s been doing since his retirement is imparting some of his wisdom in motivational speeches to today’s athletes.

Last year, Bryant dropped some knowledge on his beloved Philadelphia Eagles, who went on to win the Super Bowl LII. In July of this year, dropped by the Los Angeles Chargers’ training camp to give a little pep talk.

Check out excerpts from his speech to us at #ChargersCamp. pic.twitter.com/bM5EedKx8O

And in August, Kobe swung by Tuscaloosa to give the Alabama Crimson Tide some motivation.

Ths past Friday, after their practice was over, Bryant was back with the Chargers at the request of head coach Anthony Lynn.

Thanks for stopping by today, @kobebryant! pic.twitter.com/HBOGL9cTrY

Among the pearls of wisdom Mamba shared with the Bolts was that fact that “7-2 don’t mean sh*t.”

The main point of the speech, according to Lynn, was about staying in the moment.

“The most important thing was about the focus,” Lynn told Chargers.com. “When you have a lot of success at the start, it becomes easy to become distracted. You start thinking of things you’ve been doing instead of focusing on the moment and where you are right now. So the most important thing was to keep their focus. They’re rolling, right now. I mean, man, they’re rolling. But like I said, you play great one Sunday, and everyone thinks you’re a world beater and the best thing since sliced bread. And then you lose the next week and all of a sudden you’re (freaking) horrible. So you’ve got to keep perspective.”

Needless to say, players were impressed with what Kobe had to say.

“Anytime you hear from someone like that, you’ve got to take advice from it and implement it to your game. He knows what it takes to win,” said Melvin Gordon.

“His experiences can teach us a lot. We’re chasing to do something great on our own, so we’re going to listen to him,” remarked Russell Okung.

And then they went out on Sunday and … lost. Even though after the game Keenan Allen said he thinks the Broncos “suck.”

Asked if the Broncos played well, Keenan Allen had this to say: "No, I don't think they played well at all. We dominated the game. Turnovers, we gave them some points and that's what happened. They suck."

Anyway, it was a very good speech. Take a little listen to a portion of it below.