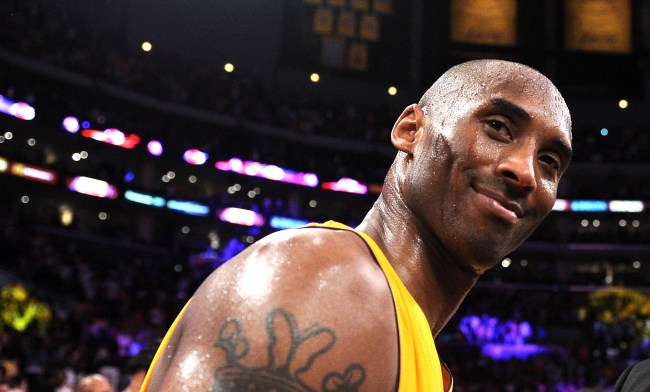 Man, Rest in Peace, Kobe. This year has been such a whirlwind disaster that it feels like the legendary Los Angeles Lakers guard passed away two years ago when it’s really only been three months (three months from last Sunday, in fact). Still just heartbreaking.

The Black Mamba has popped back up in the national discussion in recent weeks, as the premiere of the Michael Jordan docuseries The Last Dance has obviously got basketball fans comparing and contrasting the all-time greats.

Similar to MJ, Kobe — who was obviously self-aware of his greatness — also had a camera crew following him around during his final season with the Lakers: the 2015-16 season that saw him play his final game and score 60 points.

Just as the camera crew had unprecedented access to chronicle every moment of Jordan’s final season with the Bulls, the same holds true for Bryant’s final NBA season. The crew expanded in size during his last campaign, and as many as six personal camera crews were present during his 60-point finale.

Bryant’s camera crew, several Lakers staffers from that season said, had unparalleled access in locker rooms both at home and on the road, in the training room, throughout the team’s practice facility and even on the team’s charter plane. [via ESPN]

“They had unprecedented and, by far, greater access than anyone else ever,” said John Black, who led the Lakers’ public relations department for 27 years, last serving as vice president. “We certainly allowed them to do everything we could within what the league would allow, and sometimes, with a wink and look-the-other-way, allowed them even more.”

While there are no immediate concrete plans for a documentary series about Kobe Bryant’s final season at this time, there’s no question that the very existence of the footage means that it’s likely an eventuality that we see some sort of Kobe doc.