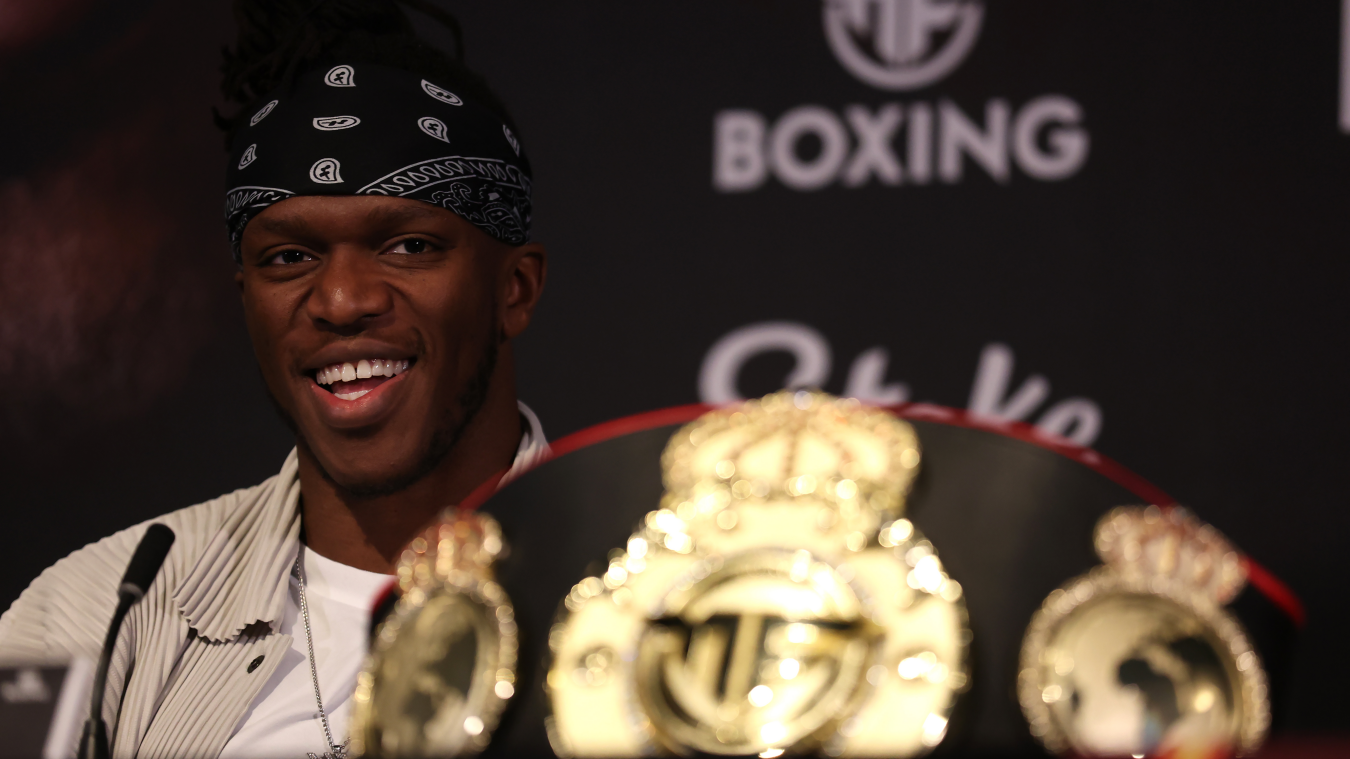 Youtuber and rapper KSI, real name Olajide Olayinka Williams “JJ” Olatunji, has made quite a name for himself as an amateur boxer thanks in part to two bouts against Logan Paul.

KSI‘s next fight is coming up on January 14, 2022 against Dillon Danis. And he’s currently doing the press rounds ahead of the bout where he revealed some surprising Wayne Rooney news.

A reporter asked KSI to provide three names of people he’d like to see join the boxing world. It’s an interesting question, to be sure. He’s basically asking ‘what other celebrities or YouTubers would make a good fit?’

And KSI let it slip that Wayne Rooney hit him up about a fight but KSI turned him down:

KSI: "Wayne Rooney hit me up being like, 'We should fight.'"

KSI said “I hope he doesn’t get annoyed that I said this, but Wayne Rooney hit me up like ‘oh we should fight.’ And I said ‘no.’”

He went on to say “I just don’t want to do that.” Adding “I don’t know, if Wayne Rooney’s down… Of course can… I think it’d be good to have him in the space.” KSI also added ‘Wayne Bridge’ as a name that would be a good addition to the sport.

Upon the revelation that the Boxing world was robbed of a KSI vs Wayne Rooney fight, the news immediately started trending. It’s clear that Boxing fans want this to happen:

Wayne Rooney on the phone to KSI: pic.twitter.com/wbjWJv0xtb

People are already arguing over who would win:

Knocked out by air.

KSI would maul him. pic.twitter.com/XAJol4dK5U

For what it’s worth, Wayne Rooney is 37+ years old and KSI is 29 years old… Make of that what you will:

Got about 4 chins actually 🤣

Wayne Rooney does seem like someone who could take a punch:

We’d all love to know more about how/when Wayne Rooney hit up KSI about a potential fight:

Wayne on the ale again

Will it happen in the future? Perhaps. KSI didn’t close the door on a Boxing match against Wayne Rooney. He seemed to suggest tat the time he wanted nothing to do with it but is ready to welcome him into the fold.