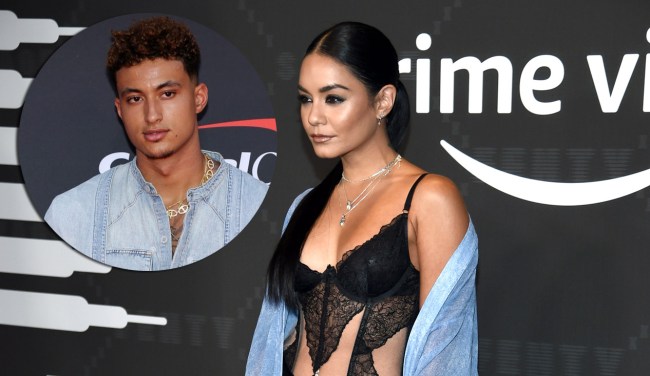 Los Angeles Lakers power forward Kyle Kuzma may currently be the subject of all sorts of trade rumors, but he seems to be holding up well as he was spotted having dinner with actress Vanessa Hudgens on Tuesday in New York.

Hudgens, 31, and Kuzma, 24, had dinner together at an Italian bistro in Brooklyn just a week after it was revealed that Hudgens and actor Austin Butler had broken up after almost nine years of dating.

“I want to get married, travel, then have kids — probably in my late 30s,” Hudgens told Women’s Health in November 2018. “Everyone’s clock is different.”

The dinner between the NBA star and the Spring Breakers actress also came just two days after Hudgens left a flirty comment on Kuzma’s Instagram.

“Ya we doooo🙌🏼,” Hudgens commented, then Kuzma replied with a couple of emojis showing the American Sign Language gesture for “I love you.” 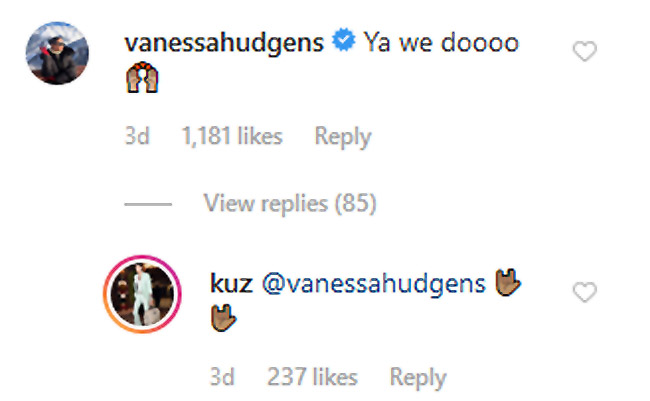 Apparently, the Bad Boys For Life actress has no qualms with Kuzma dying his hair blond (unlike many, many others).

The Lakers play the Knicks on Wednesday at Madison Square Garden. We’ll keep our eyes peeled to see if Kuzma has a famous new member in his rooting section.