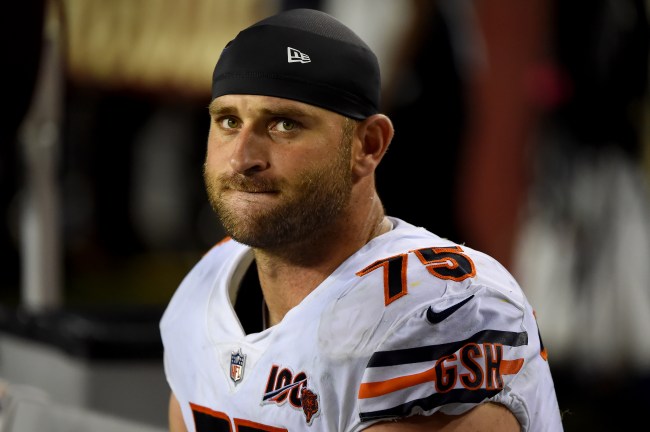 Kyle Long recently walked away from an NFL career that spanned seven seasons, but he’s still very much engaged with what’s happening around the league. With so much uncertainty about what might happen to the 2020 NFL season due to the ongoing pandemic, there are lots of challenges and barriers that have to be passed before teams can even consider getting players together again. It’s why Dr. Anthony Fauci, the director of the National Institute of Allergy and Infectious Diseases, recently said that the virus will control the fate of sports leagues, not anything anyone can necessarily plan for.

That doesn’t mean the NFL isn’t at least weighing all of its options, with Commissioner Roger Goodell coming out and saying that the league is operating as if the season will be played on time. Who knows if that actually happens or not, but it’s an optimistic viewpoint given where the world stands in the fight against the pandemic.

However, because Dr. Fauci recently said that it could be “feasible” for NFL games to be played in half-full stadiums, there are some out there offering some suggestions on how to make it all work. One of those people is Darren Rovell, who tweeted the below to give his take.

This is how it’s done:

2. All players will sign. (They already get CTE with near certainty).

3. Players who test positive stay out for 2 weeks. https://t.co/mTNlsXjtAt

Seeing as how Rovell references CTE — the serious neurodegenerative disease caused by repeated head injuries — there was some serious backlash from former players like Kyle Long and Sage Rosenfels; who really went in on Rovell for his bullshit take.

What a classless way of presenting that case. Wow

I’m fairly certain I won’t have CTE. But go ahead and minimize our lives.

Based off my experience knowing how many times I was hit in the head.
Getting CTE has nothing to do with the willingness to get COVID-19.
Your statement is wreckless.
CTE isn’t passed to family members. Players or family can die quickly from C-19, not CTE. I could go on and on.

Needless to say, Darren Rovell really pissed off Kyle Long and Sage Rosenfels with the cavalier tone he had in his tweet. As Rosenfels states, Rovell’s statement is wreckless, and doesn’t carry any factual support.

As for the future of the NFL season itself, who knows what might happen in the coming months. At least one governor, Gavin Newsom of California, has already said he doesn’t expect games to be played in his state, so there’s a lot of uncertainty and lingering questions. Sure, we all want sports back as soon as possible — assuming it’s safe to play — but there has to be a better plan of action than some of the things Rovell offered up above.