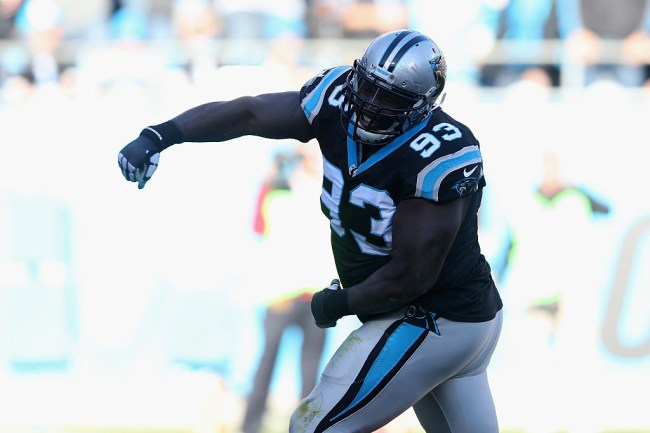 The Carolina Panthers got belted last night on national television to the fiery hot Pittsburgh Steelers by the score of 52-21. Big Ben completed 22 of 25 throws for 328 yards and FIVE touchdowns to five different receivers to extend the Steelers winning streak to, yep, you guessed it, five. Cam Newton completed 23 of 29 passes for a modest 193 yards, 2 TDS, and very bad pick six, snapping his three game streak without an INT.

This one was bad.

In any event, it was a forgettable night for the now 6-3 Panthers. Maybe a microcosm of the night was Carolina free safety Eric Reid getting ejected in the third quarter Thursday night for a hit to the head of a sliding Ben Roethlisberger, resulting in a minor scuffle on the field.

Or, Panthers defensive lineman Kyle Love legit falling asleep with his team down 52-21 and under six minutes remaining could tell the entire story.

Game so boring it put Kyle Love to sleep 😂😂😂😂😂😂😂 pic.twitter.com/LcVrNEUVbe

Now, it should be noted that Love has type 2 diabetes and poor blood sugar control can result in hyperglycemia or high blood sugar, which can cause fatigue.

So, if you laughed at this, you’re pro-diabetes. Dick.