Man City Defender Under Investigation For Inviting Prostitutes To His Home 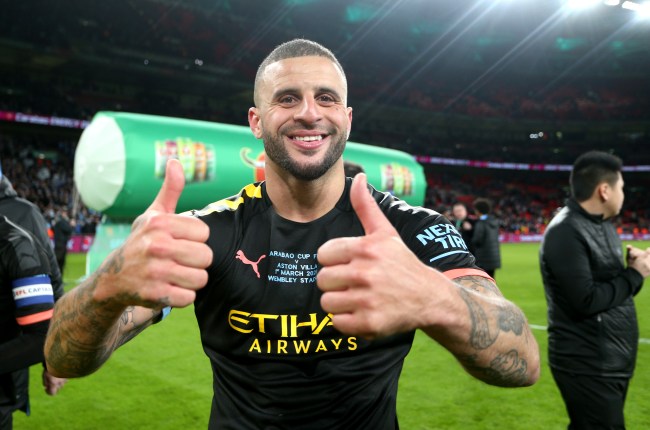 We are only human, I get that. Resisting our need for intimate human connection can be difficult. But we’re in the midst of unprecedented circumstances these days, which unfortunately relegates our desire to get a nut off to the bottom of the priorities totem pole. Unfortunately, Manchester City defender Kyle Walker didn’t realize that.

Instead of just inviting over some thirsty rando that’s assuredly somewhere in his DMs, the English right-back is being investigated by the reigning Premier League champions for allegedly inviting sex workers into his home for a “sex party” despite the ongoing quarantine and social distancing.

According to reports, Walker and an unnamed friend “paid £2,200 for Louise McNamara and a 24-year-old Brazilian woman to visit his home last Tuesday” before eventually leaving on Wednesday. Such an event is an obvious violation of the current lockdown in the United Kingdom.

“Manchester City are aware of a story in a tabloid newspaper regarding the private life of Kyle Walker in relation to a breach of the UK lockdown and social distancing rules. Footballers are global role models and our staff and players have been working to support the incredible efforts of the NHS and other key workers in fighting the effects of Covid-19, in any way we can.”

“Kyle’s actions in this matter have directly contravened these efforts. We are disappointed to hear the allegations, note Kyle’s swift statement and apology, and will be conducting an internal disciplinary procedure,” the club said in a statement.

Walker — the 29-year-old who has 48 appearances for the English National Team under his belt — released his own personal apology as well:

“I want to take this opportunity to issue a public apology for the choices I made last week. I understand that my position as a professional footballer brings the responsibility of being a role model. As such, I want to apologize to my family, friends, football club, supporters and the public for letting them down,” Walker said.

At this time, it is understood that the club plans to punish Walker.