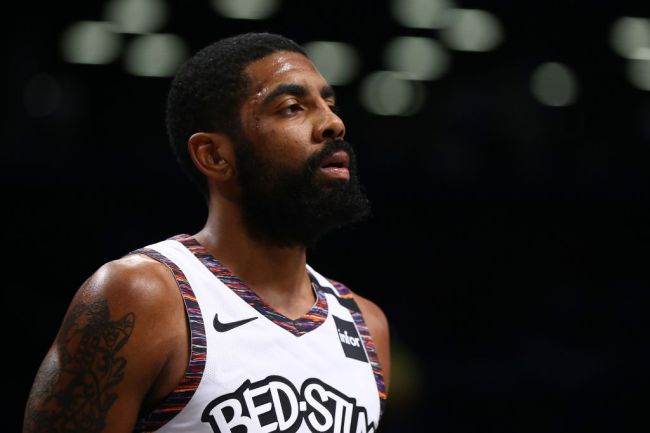 A pre-season game this early in the NBA usually wouldn’t draw much attention, but with Nets point guard Kyrie Irving getting set to square off against his former team in Boston, it’s intriguing, to say the least. Prior to the game, NBC Sports Boston got footage of Irving walking around the Celtics court while releasing sage into the arena.

Coverage of #Celtics-Nets begins at 7:30 p.m. on @NBCSBoston with Celtics Pregame Live! pic.twitter.com/7P82E6EqO9

What is the use of Sage? Google knows.

‘Native Americans and other indigenous peoples have burned sage for centuries as part of a spiritual ritual to cleanse a person or space, and to promote healing and wisdom. It’s been used since the time of the ancient Egyptians and Romans to treat digestive issues, memory problems, and sore throats.’

Now, this is just flat out bizarre. I have stuck around for Irving’s strange antics like insisting the Eart was flat and all the other drama that has come with Irving this off-season, like not speaking with the media. But this guy is just getting harder to figure out by the day. Is it crazy for me to say that Irving kind of gives off some Kanye West vibes?

This is a guy that is so damn talented and one of the best in his profession but you just can’t figure out what he is going to do or say next. And maybe it’s for the better that Irving keeps us on our toes because there is no doubting that it is highly entertaining, but the Nets front office probably has to be just a little bit concerned.

It’s become apparent that ‘Kyrie is always going to Kyrie’ and if he drops 40 points in tonight’s game then I think he should be busting out the pre-game sage in every single arena. I need more and I need to know the answer we have all been asking, what is going on in this man’s head?