Kyrie Irving Says He Doesn’t Want To Be A Celebrity, Everyone Reminds Him About Movie And Commercials 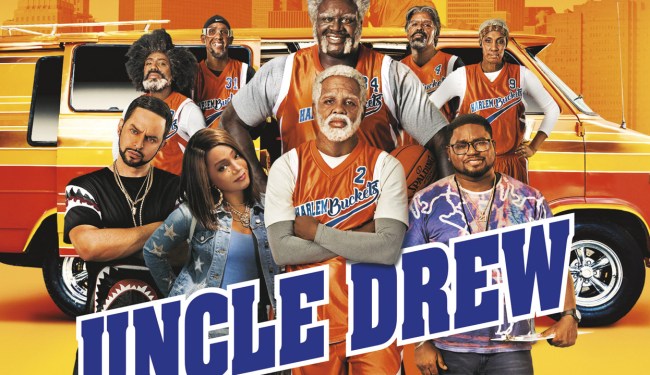 Kyrie Irving is having himself a terrible, horrible, no good, very bad year. At least that’s the message he’s been conveying of late.

Irving is tired of people always overanalyzing everything he does and all the rumors surrounding his status with the Boston Celtics.

He also seems to be getting a little tired of his Celtics teammates – a theory recently supported by a story on The Ringer,

These days, Irving plays lackadaisical defense, and unfocused offense. Sources around the team told me that Irving’s persona has changed, too: He’s become disengaged and detached from those around the team. There is talk that Irving’s friendships on the team start and end with Tatum, with whom he shares an agent. Two sources peg Irving’s change in demeanor to early February, around the time he was asked about the possibility of joining the New York Knicks next season. That’s when Irving infamously said he’d make the best decision for his family and that he didn’t “owe anybody shit.”

On Monday, Irving even went so far as to laughably say he doesn’t play basketball to be famous.

“I didn’t really come into this game to be cameras in my face, be famous, be a celebrity, whatever embodies that,” said Irving. “It’s a little hard for me. I wanted those things when I was younger, but now … I just want to play basketball at a very high level.”

Kyrie just wants to focus on his game. pic.twitter.com/1JRZGAsz4x

Ummm, Uncle Drew, the feature-length film starring him, based on the character developed for his brand and Pepsi Max advertisements, was released in June of 2018. Is that what he means by younger? Before that? Or was he forced to film the movie at gunpoint?

Naturally, Irving’s comment did not sit very well with people on the internet.

It’s ironic that he said this when he was in a movie last year!

Now that I got what I wanted, I don't want it anymore, and I want everyone to know what I want and give me what I want. Got it