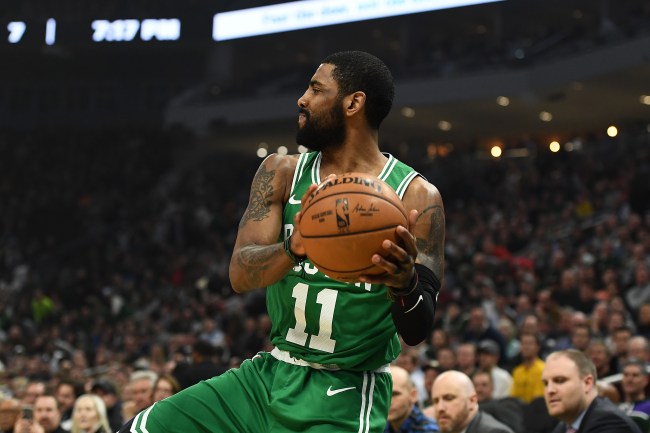 After a brutal blowout loss on national television Tuesday night at the large hands of Kawhi Leonard and the Raptors, Celtics fans can’t help but think their team is circling the drain. This is the team’s third straight loss and just days removed from giving up 126 points to the dismal 16-44 Bulls in a loss that felt like rock bottom.

Last night, the Celtics trailed by 31 at one point, jumpstarted by an 18-0 run by Toronto in the second quarter. The game was such a frustrating microcosm of an underachieving Celtics squad that was one game from reaching the NBA Finals last season that the typically polite Brad Stevens used a bad word.

What’s most troubling is the seemingly perpetual lack of leadership from Kyrie Irving. The six-time NBA All Star, who had just 7 points in last night’s humiliating loss, is prone to defer to pouting tactics, a small step up from calling his young teammates out in the media earlier this season.

While the entire city of Boston was hoping Kyrie would demonstrate some leadership, or at the very least some passion, to the media after the loss, this was what he offered:

Kyrie wasn’t too talkative with us tonight. On how to fix taking defensive shortcuts: “I don’t know. It’s up to Brad.”

On Marcus Smart’s diagnosis that the Celtics aren’t playing together: “I mean, that’s Marcus’s opinion. I respect it.”

Is it Kyrie’s opinion too? *Silence*

A particular clip of a dead-eyed Kyrie during the loss has summed up this Celtics team who cannot seem to find its identity.

Every basketball fan outside the Bay State is feasting on this image like they’re going to the electric chair tomorrow.

Kyrie picturing what it'll be like to throw Mitchell Robinson lobs next season pic.twitter.com/GStfivXUzp

"Dangg, I wish LeBron was here."

The Celtics are currently 37-24 and fifth in the Eastern Conference.