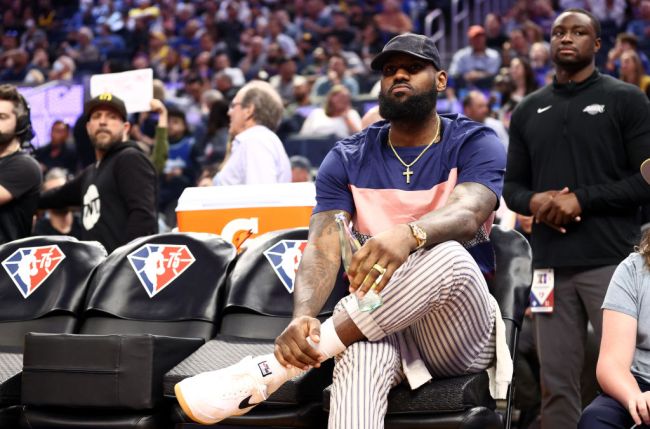 For years, fans have speculated that LeBron James has been the man putting together his super teams. It’s been a theory that has at least made some sense even since LeBron got together with his buddies in Miami.

Now a former teammate has seemingly confirmed the theory. Today, Kyrie irving appeared on the I Am Athlete podcast and called Lebron “LeGM” when they talked about how the Cavaliers roster came together during their time in Cleveland.

“LeBron was behind the scenes… what’s his nickname, LeGM? He put the squad together.”

“He put the squad together. I wasn’t mad at him.”

If LeBron actually was the one who put together the Cavs roster during his second stint with the team, then maybe the Lakers should be considering letting him take over GM duties for their organization right now.

With the LeBron approved roster in Cleveland, the the Cavs made 4 consecutive appearances in the NBA Finals and won a ring against the Golden State Warriors. It also turned out that building the super team LeBron wanted didn’t prove all that costly for the Cavs.

When that super team came together, Kyrie was already on the Cavs roster. The final piece they needed was Kevin Love. In the deal that brought him over from the Minnesota Timberwolves, the Cavs gave up Anthony Bennett, Thaddeus Young, and the draft pick that became Andrew Wiggins. That’s not too bad of a price for your franchise’s first ring.

Maybe the biggest problem that the Los Angeles Lakers actually have right now is that they haven’t made LeBron their GM yet.