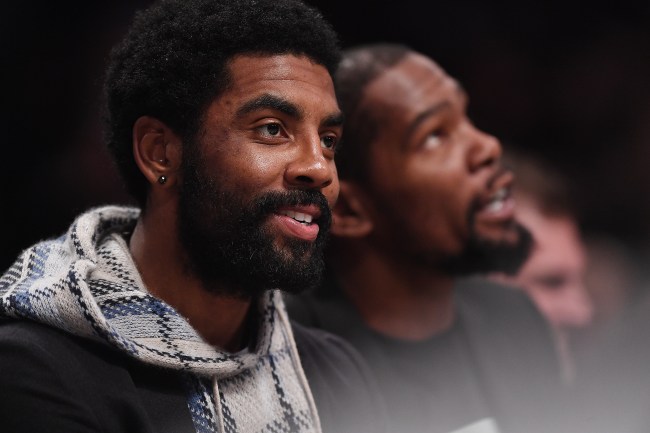 Maybe Fat Joe was onto something when he said that KD and Kyrie chose the Nets over the Knicks this past offseason because “They didn’t want that smoke.”

Yeaaah, or it may have been generations of systematic incompetence. Either one.

Knicks fans were given a momentary release from misery on Thursday night when their team beat up on the Nets , 94-82, a season-low in scoring for Brooklyn.

Not only were the Nets incapable of scoring, their 26.9% from the field (21-for-78) marked the worst shooting percentage by any team since January 2012.

The Nets were so bad that Spencer Dinwiddie couldn’t help but crack a smile when talking to reporters after the game.

Brooklyn could have really used the superpowers of Kyrie Irving, who has been sidelined for a month with a mystery shoulder injury and is two weeks overdue on his expected return to practice.

I’d have to agree with Shaq on this one.

During the game, cameras panned in on Kyrie and KD, who both looked like they were in the waiting room for a root canal.

When you know you're gonna get roasted on twitter pic.twitter.com/h6ARhC9RUQ

Knicks fans in particular took great joy in their shitty team beating the Nets in a meaningless December game.

No Spike not now pic.twitter.com/qvguR9XPhd

fire up the burners

Kyrie is probably running that shoulder into concrete walls so he can avoid playing until KD gets back.