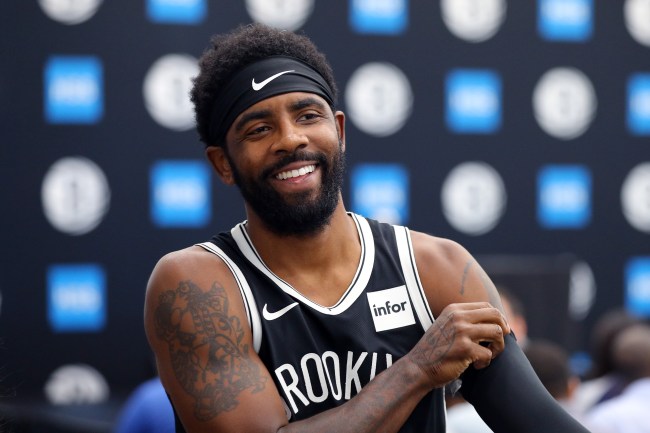 We’re just one month removed from reports of Kyrie Irving feeling attacked and skapegoated over his wishes to halt the continuation of the NBA season to shine a brighter light on racial injustice.

Kyrie’s wishes remain unanswered, as the NBA is set to resume regular season games on July 30, so the 28-year-old guard is setting his sight’s on his female counterparts.

Irving has committed $1.5 million to help support the income of WNBA players who have chosen to opt out of their 2020 season, whether because of coronavirus concerns or social justice reasons.

“Whether a person decided to fight for social justice, play basketball, focus on physical or mental health, or simply connect with their families, this initiative can hopefully support their priorities and decisions,” Irving said in a statement.

According to ESPN, the funds will be derived from the KAI Empowerment Initiative that Irving launched Monday, and will provide players with a financial literacy program created by UBS.

To be eligible, players must provide insight into the circumstances surrounding their decision and not be receiving salary support from any other entity. An opt-out for medical reasons must be connected to the coronavirus pandemic.

The WNBA season began Saturday, with the New York Liberty and Seattle Storm staging a walk-off during the national anthem. WNBA players Natasha Cloud and Atlanta’s Renee Montgomery have already opted against playing for social reform reasons, but it remains ambiguous how many other players will opt into Kyrie’s program before the August 11 deadline.

As the national anthem was played, the @nyliberty and @seattlestorm walked off the floor as part of the social justice initiative. pic.twitter.com/VihH5X3Yzh

Kyrie’s money can go a long way in a league where the top annual salary is a hair over $200,000, with the average cash compensation for players averaging $130,000 after January’s CBA agreement. By those numbers, Kyrie’s pledge could pay the entire season’s salary for nearly 12 players.

Kyrie’s act of generosity was met with some criticism, as with everything else he does.

This is a really nice gesture but the average WNBA salary is over 100k and that doesn’t include endorsements. Why not send it where it’s needed? 1.5 million could pay for a lot of computers to help underprivileged children as we go into online learning this fall or even meals.

If you choose not to work, you shouldn’t be rewarded for it. That’s not how it works. But whatever.

What are they going to do with the other $500k

Damn why couldn’t anyone put money together like this when I was in Afghanistan not getting paid during government shut down :/

The dude can’t escape it.