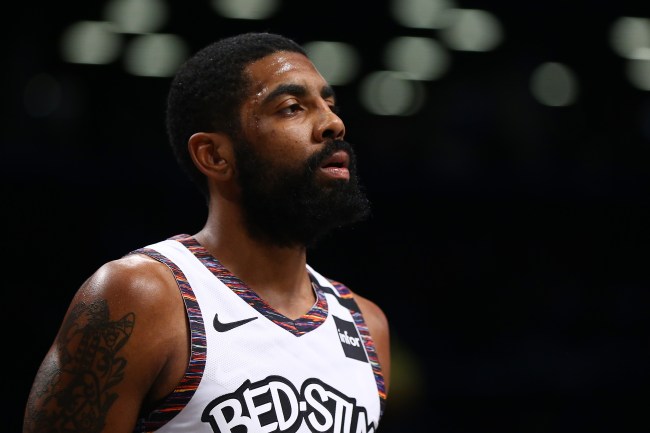 The Irving saga has been a roller coaster in the past week. The Nets guard, an executive member of the National Basketball Players Association and team rep for the Nets, reportedly pushed back against the NBA resuming its season at the end of July so as not to serve as a distraction to the national spotlight shined on racial injustice.

“I don’t support going into Orlando,” Irving told NBA players on a call Friday. “I’m not with the systematic racism and the bullshit. Something smells a little fishy.”

Since then, reports came out that Irving left a group chat with Nets teammates after someone leaked his proposal to START A NEW LEAGUE.

Former teammate Kendrick Perkins blasted Kyrie for causing “unnecessary drama between the NBA brothers” during a time of crisis, and after Kevin Durant came to the defense of his Nets teammate by calling Perk a “sell out,” Perk threatened to expose Kyrie for the hypocritical “HOE SHIT” (his words not mine) Kyrie’s allegedly been doing behind the scenes.

Excuse my last tweet…but I really took it light on Kyrie today because I really could Expose the “Cupcake” BS that he’s really doing behind those phone conversations!!! Carry on…

On Wednesday, ESPN contributor Scoop B claimed that Irving is now feeling “attacked” and “skapegoated” for his role in the NBA restart saga.

Kyrie Irving's conferece call last week was a vehicle for players to voice concerns about going to Orlando.

Irving feels attacked because what went from being a conversation amongst players has become personal and the Nets PG feels skapegoated. pic.twitter.com/ZsDxgABWHj

Former NBA veteran Matt Barnes is one of the prominent figures attacking Kyrie, claiming his mission to stunt the NBA’s restart is paved with dubious intentions.

“Kyrie needs to quit bulls—-ing,” Barnes said. “Kyrie wanted to go to Orlando to support his team, they didn’t let him. So then he flipped the script, talking about I’m gonna give up everything. Bro, you can give up everything and go do the Maya Moore s–t if you really want to. But at the same time, sitting out without a cause or a purpose defeats the purpose.”

The NBA is set to restart on July 31.