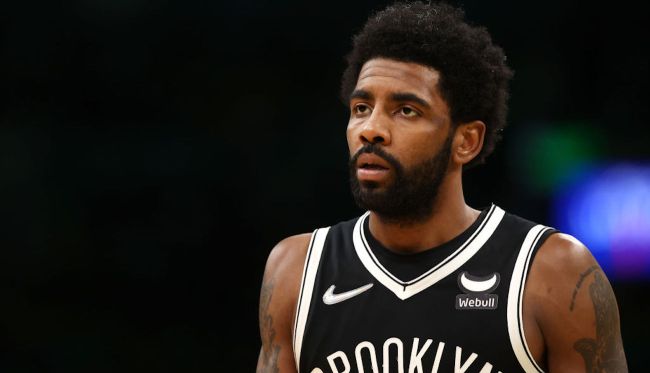 Earlier this week, we brought you the report from NBA insider Ric Bucher that claimed that controversial Brooklyn Nets point guard Kyrie Irving attempted to negotiate for a clause in his contract that allowed him to play in fewer games.

According to Bucher’s report, Irving wanted his new contract to “guarantee he wouldn’t have to play more than 60 games in a season and would not have to play any back-to-backs, which he apparently referred to as ‘inhumane.'” For context, the NBA regular season is 82 games long.

After the report made headlines across the sports world, Kyrie Irving cryptically responded — as he so often does — by replying to a tweet from the NBA Central Twitter account of a baseball player tipping their cap. Cap is a slang term for false or bulls**t.

Despite both Irving and Kevin Durant reportedly showing a desire to leave Brooklyn, both of the mercurial talents remained employed by the Nets at this time. Earlier this week, it was reported that Durant gave Nets owner Joe Tsai the following ultimatum: either him or the head coach/general manager combination of Steve Nash and Sean Marks.

Even if the Nets do keep Durant and Irving, it’s hard to imagine the team competing for an NBA title given the inherent dysfunctionality in the organization.